Happy Groundhog Day! Alas, because of the weird lighting in here Yael never sees her shadow. But sometimes she likes to pretend she’s a groundhog because toads do like burrowing. Climate crises notwithstanding, animals typically hibernate this time of year in deciduous zones. What about toads?

It all depends. American toads definitely hibernate in colder months. They don’t surface until April at least, when the ponds are warm enough to start looking for mates and making toadlets. The same goes for virtually any other toad living in a colder region. Southern toads like Yael live in warmer regions and tend not to hibernate.

When I first adopted her, I was told that toads sometimes don’t eat in the winter, or will eat a lot less, since a domestic setup has a constant temperature and humidity level that makes hibernation moot. Not this toad! Our first winter together, I put some dubias in her food dish and she didn’t eat all of them but she ate a couple. At the next feeding, she didn’t want to eat anything so I assumed she was in hibernation mode. Sure enough though, two days later she was sitting impatiently at her food dish looking very irate, as if to say, “What is the meaning of this empty bowl nonsense? Feed me, bitch!” She eagerly grabbed some worms off my fingers! 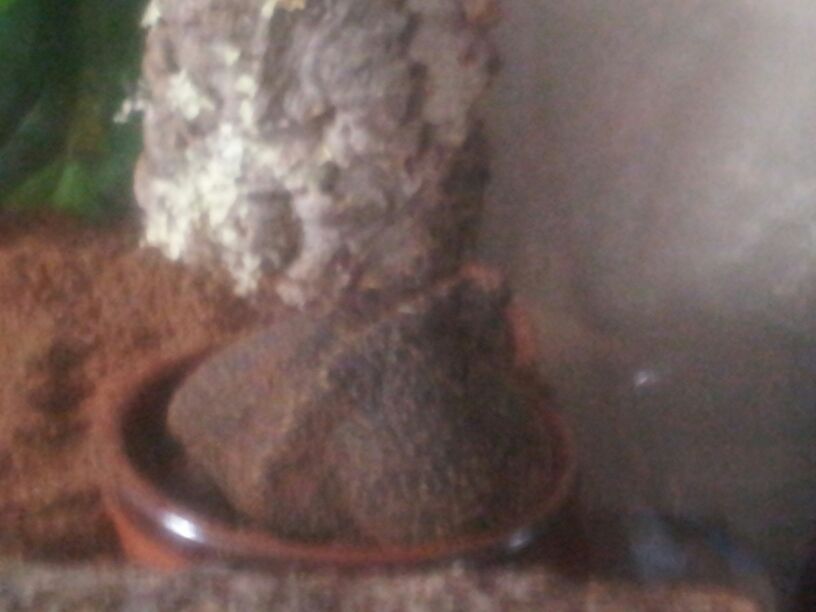 ...then plopped right into the food dish itself.

When toads in more deciduous zones hibernate, they sleep for many months and start reappearing after the spring solstice just like mammalians. They burrow themselves very deep into the ground to avoid harsh exposure to the elements and temperatures that are incompatible with amphibian blood flow. While frogs and toads don't need the constant supply of heat and light that reptiles like lizards and snakes do, they still need warmth plus a cool spot to hang out in. That's why Yael has a little heatpad in her tank that provides a "heat gradient" so the left side is super toasty, the middle is a little warm, and the right side that has her water dish is very cool.

Man, I really want to be left at Spa Castle in College Point for the same thing.