It’s the six figure question I’ve been asked millions of times by potential clients: “If I need to have a following in order to have a successful crowdfunding effort, then how do I get one?” 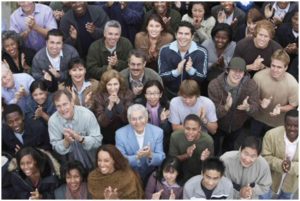 If you’re doing a rewards-based campaign for your business or creative endeavors, or raising funds for a personal purpose even, it’s imperative that you have a following, fanbase, paying customer base, or whatever term is appropriate. Why would total strangers give you money if you don’t have people with some degree of familiarity with you and/or your work rallying behind you? I hate to tell you this, but beautiful accidents like the potato salad guy are pretty rare, and going viral relies more on luck and the sheer fickleness of human nature than how good your idea is. Even a modest success on any given crowdfunding platform, let alone a six or seven figure one, happened because the project creator had a community that they mobilized in advance.

Every day, I get proposal requests from people who want to crowdfund but don’t have followings yet. I’ve heard everything from “My idea is so great it should sell itself!” and “You just manage my social media every day and give me some PR contacts, right?” It doesn’t work that way. Crowdfunding is a viable avenue if you’re at a later stage in your project’s development and/or have a reputation or community already built up: if you don’t have a fanbase at all yet? You’re not ready. Please don’t make a campaign just yet. I’ll be happy to work with you once you get a following built up, which is why I posted all this information for you to have, for free.

Just because you can’t Kickstart or head to Indiegogo or Crowdrise right this second doesn’t mean you have to give up hope. But you do need to give it some time. Here are suggestions for cultivating your own crowd  based on my experience as well as strategies that have worked for clients and colleagues.

First, your followers have to be organic. 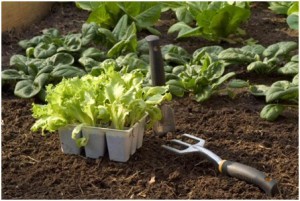 By “organic”, I mean that they have to be drawn to you because they like what you are doing.

If you tried to crowdfund and failed, chances are you got offered with buying backer lists then all these “crowdfunding marketing” services also descended upon you claiming they could show your campaign to 200,000 Twitter followers or 10,000 Facebook friends. Maybe you also got offers to buy emails to form a sizable mailing list.

You’ll be throwing your cash out to the wind. Not only is the latter practice sleazy, it won’t even do anything for you. There’s a slight chance that exposing the link to that many eyeballs could result in some views with a miniscule amount of pledges. But you hurl things out into the social media stratosphere where it soon gets buried another barrage of posts and tweets and your link just becomes another one of many campaigns trying to get funded. People are becoming more disaffected to this, no matter how passionate you are about your project or cause.

More often than not, crowdfunding gets personal. Unless your project solves a very broad problem or significantly improves an existing object or system that has a broad application, just getting *anyone* to look won’t help you get organic followers who are paying attention to what you’re up to and have an emotional investment in seeing you succeed.

You can try buying a backer list, email list, Twitter followers, or FB bots. But it’s going to be like trying to deadlift 300 pounds after you’ve had muscle implants instead of actually working out: it’ll backfire because it only looks like you did the real thing on the outside, but on the inside the entire system crumbles.

So first you have to get people to come: then stay. How?

Join communities online and offline, and keep track of them 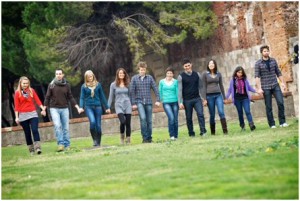 There’s an online group for anything and everything these days, whether it’s through Meetup, Facebook groups, LinkedIn, comment sections of blogs and news sites, and countless private forums and websites.

But you also shouldn’t neglect going to events that require you to meet people in person and network. Having that face-to-face interaction can do a lot to engage someone that meeting people online just can’t. Go to trade shows/expos for your field and network, as you never know who you’ll meet and could even help you out in planning or executing your campaign. Get them to listen to you and your story and it will go a long way to getting organic followers who are legit excited about what you have to offer! Exchange business cards and remember to add their email to your mailing list along with anyone else who’s bought or downloaded your content/product, voluntarily signed up online or at an event, or who you’ve had extended contact with.

Don’t be afraid to think outside the box either: while I earned the trust of my local indie game developer community through my heavy involvement at Playcrafting NYC and that was how I gained a big part of my following, I also had plenty to work with both in my social circles underground and the online communities I frequent. For you, it may be volunteer or civic duties that bring you the people beyond your family and friends who believe in you the most, or perhaps a hobby like selling on eBay or going to writing classes.

Hey, did anyone ever expect 50 Shades of Gray to become this massive viral media blitz when it all began as fan fiction? Where you find your audience, in whole or part, can surprise you.

Create content that is entertaining, useful, or engaging: then play to your strengths 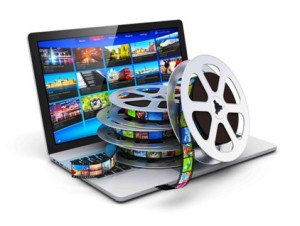 Content marketing has become very prevalent in the internet age: you may not even realize you are engaging in it. This is also an area in which you should play to your or your team’s strengths.

Are you a good photographer, or do you frequently come across interesting things you like to take pictures of? Instagram and Pinterest are good places to grow followings. If coming up with skits and video ideas that keep people laughing or informed is your style, you don’t want to ignore YouTube and Vine as resources to get followers who want to see more content and ideas from you. Even if you work outside these platforms? Use the method that works best for you! For instance, I write a lot and love doing it. I can just whip out my iPad or even my phone and pen a rant or idea and follow through on it, whereas I take blurry, out-of-focus pictures and really suck at CamStudio and similar programs.

Strong writers like me can rejoice because blogging and telling stories in the right places about your projects, campaign, and life is a surefire way to get people interested in what you’re up to. I write for Playcrafting’s blog and plan to up my game on Gamasutra to reach my niche of game developers and they’ve helped grow my following.

If you’re telling/showing people things they find useful or perhaps entertaining or enlightening, they will keep flocking back to you whether it’s in the form of a funny video, a beautiful photoshoot, or engaging writing. Shared experiences on social media and in comment sections or forums are what helps build communities, but you must first engage with your followers then they start engaging with each other and bringing new people in.

THAT is going to be more powerful than any PR specialist when it comes to making money in crowdfunding, and building up your social capital. They’ll help you when you need a broad reach in the future. Community-building will help you now.

This part is unfortunately not as clear-cut as trying the myriad ways to build a community on your own website, social media, or real life.

But basically, you have to give organic community/following cultivation time. You may need a few months or a few years between finding the right niches and/or drawing traffic to your site and profiles. You might luck out and have something you write, create, or post go viral and suddenly have a lot of attention within a matter of days or weeks.

Your communities and activities also factor in: do you do something frequently where you’ll see some of the same people again and again? For online communities, who’s a regular participant and who’s just dropping in? The more often you engage with the same people, the easier it is to build up the trust and relationships in a shorter timeframe. But it can also take time to find the right communities.

All I can advise on this front is to be patient and give your efforts some time. Just like how organic veggies don’t grow overnight, it’s the same for organic followings (unless you go viral, and even then you don’t know how long someone’s just on the bandwagon opposed to there for the long haul.)

You’ll be readier for crowdfunding after all this.

Like I said before, simply asking for PR contacts and posting things into the stratosphere won’t make much of a difference if few or no people know of you. Or if you did start to get people interested in you but you haven’t kept up the connections in person or online via mailing list, blogs, or social media.

But once you’ve started to really grow AND cultivate your following to the point that you’ll get definite responses whenever you post new content and get emails about your project’s development, that’s a sign that crowdfunding is more likely to be viable for you now.

where can i buy zovirax pills

can you od on vidalista

cialis over counter at walmart