Last spring, I had an interesting adventure that made me feel like I was in a Seinfeld episode (and not just because it was partly spent being not that far from Monk’s Diner.) You know, the gang would intend to do something like go to the movies together or get a seat at a popular restaurant and it just DID NOT happen because of a series of mishaps that more often than not involved some utterly bizarre circumstances and comedy of errors? That day felt like one because I got completely derailed from my original intent of hopping on a bus to go redeem a bakery Groupon before it expired. (Spoiler alert: unlike a Seinfeld episode, I actually did manage to use my Groupon before the expiration, just not that day.) 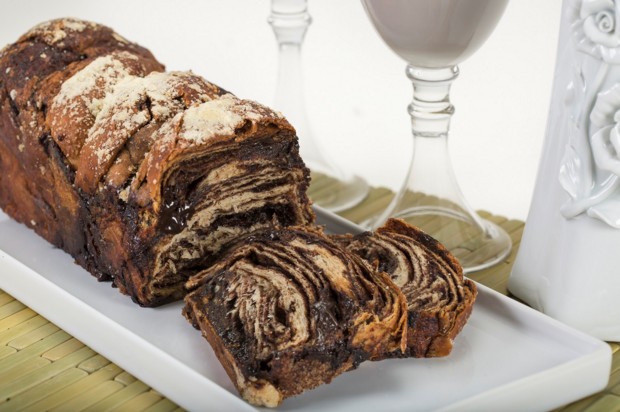 The adventure began when I initially planned to hit 118th & Frederick Douglass to use my Groupon for Leelee’s so I could take home some amazeballs rugalach. It was one of those schizoid spring days where it's in the sixties and sunny out then of course after I've been out enjoying it and don't have a jacket let alone an umbrella, it started raining. It's not super rainy but enough to annoy me given the circumstances. I just planned to walk up to Leelee’s but the rain was too much, so I hopped on the nearest bus but wound up heading downtown by mistake.

While boarding the bus, this lady is on the phone going on about how she had to watch another woman's kids while she was in jail. Sounded like a friend or neighbor. Then she's going on about how this woman wronged her somehow, "Me, who looked after her kids all this time and I never got or asked for so much as a quarter, being treated like I'm a fucking crackhead." I didn't catch all of the conversation, but she dropped this phrase frequently about being looked at or treated like she was a crackhead. And was very displeased with this mother's degree of irresponsibility with her children and level of entitlement.

I wonder what her friend went to jail for.

Made it to the Upper West Side proper. I debated riding all the way to Columbus Circle to wait the rain out then decided to brave it because it's insanely hard to find a place to charge and work in that prime area. And I wasn't ready to go back to the Bx so soon. Plus, I always wanted to try this little cafe called Birch on 97th and Columbus so why not try it now?

Shit got interesting between having some fantastic tea and a meh brownie that made me wish I'd held out for Leelee's and doing my brain-numbing temp work on my iPad in between applying for gigs.

First this girl of maybe 8 or 9 asked the woman with her who I presume was a nanny how much her mom paid her. I do so love seeing a young cynic!

Then a woman around my parents' age or maybe a tad younger sat down with a boy about 7 or 8 at the table next to me. He was being extremely well behaved and quiet. I'm assuming this woman was his mother but she also may have been his grandmother as she had many gray hairs and a face that screamed she was clearly trying to halt the hands of time with La Prairie.

And...holy fuck do I feel sorry for this kid. Yes, even though he likely already has a higher net worth than my entire family at an age where you can still get a Happy Meal: but I honestly think the way this lady is raising him at least by what I can see is going to result in someone who will seriously snap by a certain point. I mean, I remember the saddening stories from nannies and au pairs in my sister's English classes and the ones I've met in my time about how some of these old money types go to extremes: they either just shower their kids with money and let them do whatever the hell they want and outsource boundary-setting to a nanny; or they regiment these kids worse than the army by filling the entire day with activities and private tutoring to the point that they never get to actually well, be kids. This parent/guardian was clearly the latter.

She said, "I know your last class of the day is gym, but can you please change into your shirt afterwards? I don't like you walking around in a t-shirt."

Seriously, lady? This boy is your child or grandchild, right? You do know what children do? They play. They get messy. It's also raining on and off today which means high likelihood of stomping around in mud or getting hit with it by accident. Kids also like jumping in puddles! Hell, you should be glad he's only going to possibly get his gym t-shirt dirty rather than the pressed shirts for school uniforms. That and well, who the hell is going to see him or care?! You're in New York. I saw a guy in Herald Square yesterday who was wearing a toga made of clear trash bags turned gray from dirt, and a woman in Harlem in an Uncle Sam hat and red, white, and blue body paint. Literally, her hat and shoes were the only garments present. So...I really don't think anyone on the mean, mean streets of the Upper West Side is going to care your son isn't wearing his uniform shirt, be they his teachers, neighbors, or total strangers. 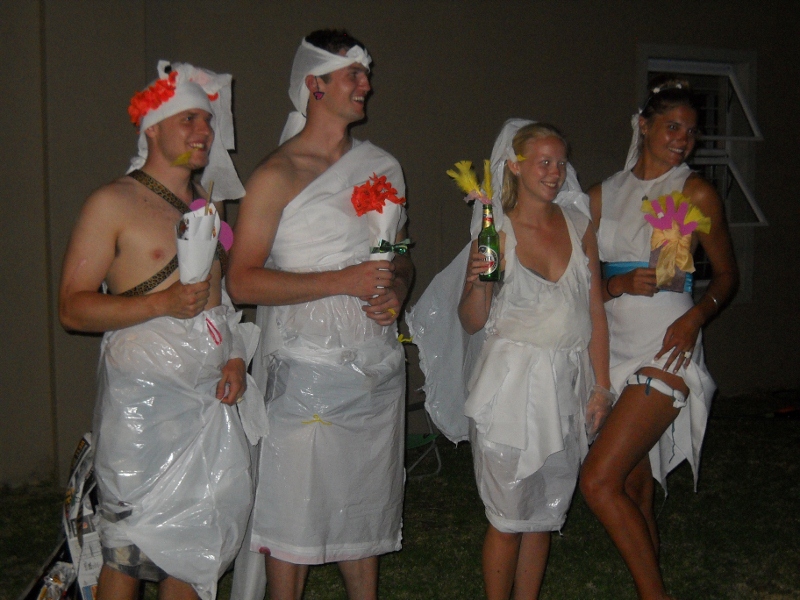 Photo Credit: Unknown, will attribute // I just Googled "garbage bag toga". This is apparently a thing? #WhoWoreItBetter? The guy in Herald Square.

She agonizes about this whole t-shirt business in the time it takes me to get through about fifty items for my job. Really now? Seriously, it's just a goddamn shirt. And wait, you just said his last class is gym. Wouldn't he get that nice shirt you apparently would rather have him wear all sweaty and gross? Logic fail.

He asks her what time it is and she said something like, "Whenever I sit down and read, you have to start asking questions! Well, I set the timer. We have thirteen more minutes before we go to (couldn't catch the rest as I was engrossed in seeing if I'd hit my productivity incentive for the day.)" Wow, how anal. You set a timer to grab a snack in a coffee shop? Do you also set a timer when you take a dump? And I'm assuming said dump is taken when you're in your finest Chanel togs with stockings and heels?

They were packing up around the time I was getting ready to leave because the wifi started to crap out and I wanted to see if I could get the uptown bus that stops near Leelee's and beat the rain. I think they were actually going home: so I was surprised yet not when I heard, "...and [before we leave] you can go to the bathroom and change your shirt."

Jesus lady, you really need to reexamine your priorities. Maybe you should ask your kid how his actual schoolwork is going. What his teachers are like. If the other kids get along with him. And for crying out loud unless he joins my factions 10-12 years from now or hasn't been disinherited, he's going to have plenty of time to dress like a Brooks Brothers display in his adult life. Let him enjoy being a kid in comfortable clothes.

Alas, Leelee's wasn't going to happen as the bus I needed was too crowded to board so I had to get the other one that came and the rain struck up once more. But while I waited for the bus this time, I got treated to a different lady on the phone going on about a really disgusting house she had to clean. Apparently it was so bad, she had no idea if that was shit or vomit in the bedroom and had to call for backup, just to discover handy.com wouldn't assist with a biohazardous mess that would make hyperscat enthusiasts from Gurochan gasp.

I just hope whoever paid her to clean that place paid her well and didn't treat her like a crackhead.

All that because on-and-off spring showers derailed me from picking up my rugalach before the Groupon timed out. Hey, this is why digital nomaddery and writing down what you observed is important: I can totally see these people becoming characters in a game.