I spent all week talking about relationships and shit! So…I’ve covered how the single life can be both awesome and awful, how entrepreneurship can strain a relationship, toads showing affection, and digital nomad Zack did a guest post on having a love life when you live out of a backpack.

So I didn’t want the grand finale to be about how Valentine’s Day is nothing but consumerism blah blah blah. Frankly, The Oatmeal said it best with “less complaining, more sexy rumpus.” Rather than engage in bitching that this holiday was invented solely to boost the chocolate and jewelry industries, I looked up famous people born on Valentine’s Day. 30 Rock already did Anna Howard Shaw Day, so in looking at who else shares the same birthday Frederick Douglass frequently comes up on those lists. 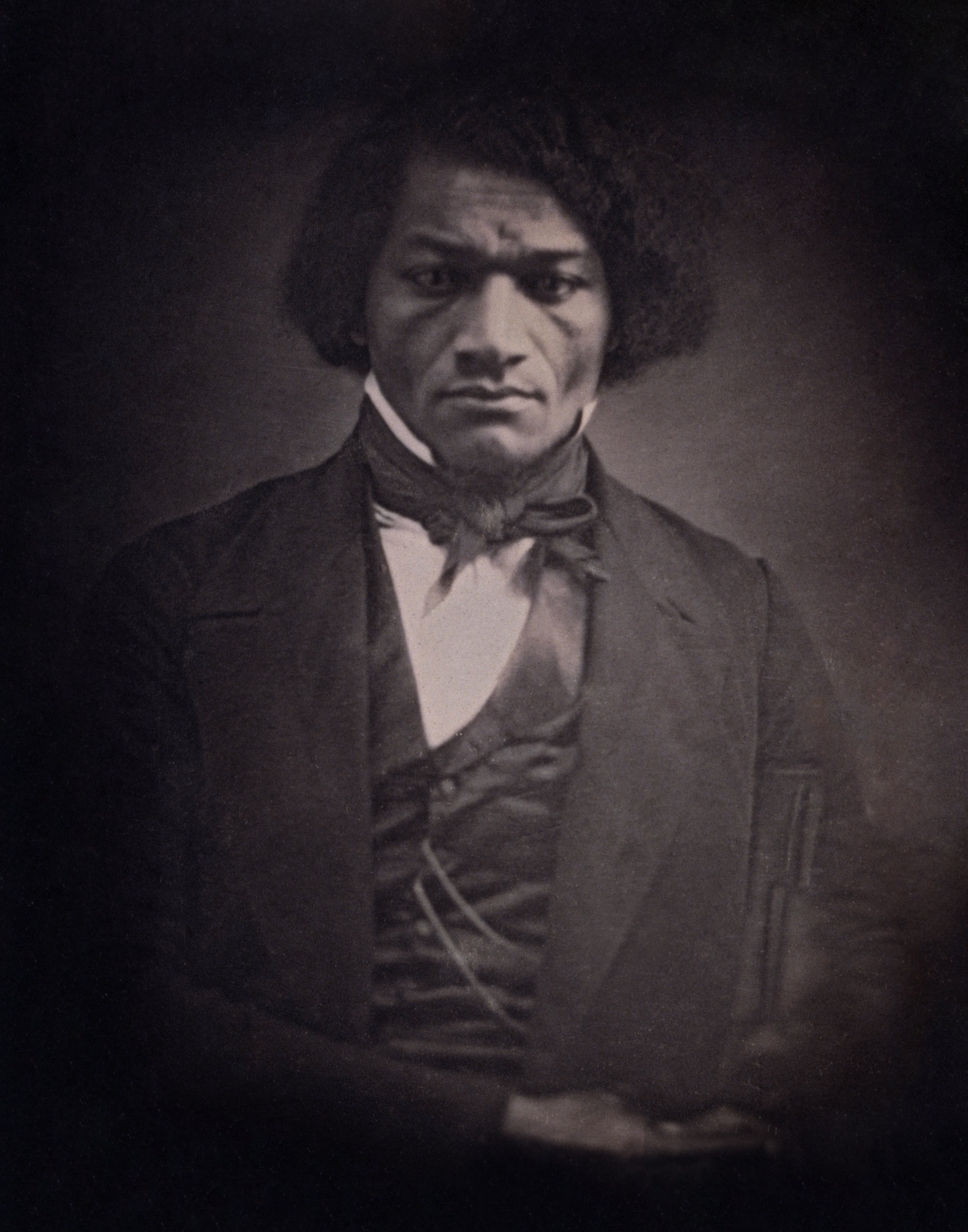 Since he grew up in slavery and had no way to authenticate his birthdate due to slaves not receiving birth certificates or anything, it’s fairly speculative. It’s estimated he was born in early 1818 with most historians using February 14 because that’s when he chose to celebrate it.

Forget about birthdates though, Frederick Douglass was an insanely inspiring freedom fighter. He taught himself to read and write when the people who enslaved him truly that felt that education and slavery were incompatible. Slave owners damn well know that learning these basic skills would make slaves desire freedom. For the simple acts of reading and writing– something I do every day without thinking twice about it, things I was always commended for having an interest in since I was a little girl growing up in the late 80s and early 90s– slaves risked extreme bodily harm, even death. Can you imagine being repeatedly lashed for merely reading a newspaper? Then if all of your friends and neighbors didn’t know how to read and you taught them, being beaten to within an inch of your life by an angry mob who is just plain outraged at the idea that the people who toil in their fields against their will could POSSIBLY have a semblance of humanity and intelligent thought?

Douglass was brave for this audacity as it was. But when he was a mere teenager, he was under control of an exceptionally cruel plantation owner who literally tried to beat him into submission. He tried to resist the beatings numerous times, until one day he just stood up and bit back. He managed to resist the beating and was NOT fucked with again. Man, think about what your biggest worry was at 16, not barring an abusive parent or similarly traumatic environment: really puts things in perspective, huh? Christ, it’s considered a recent victory for sane people that kids can now walk to school by themselves without the parent/guardian risking arrest.

One day Douglass managed to hop on a northbound train looping to Delaware by disguising himself as a sailor. It was a common profession for free Blacks so he was able to evade being sent back to the plantation. He then went by steamboat to New York to a safe house set up by noted abolitionist David Ruggles, finally free. Here’s how he described attaining his freedom:

“A new world had opened upon me. If life is more than breath, and the ‘quick round of blood,’ I lived more in one day than in a year of my slave life. It was a time of joyous excitement which words can but tamely describe.”

Douglass didn’t stop there though. He joined other activists like William Lloyd Garrison and Sojourner Truth in forming as well as joining anti-slavery organizations and peacefully fighting for abolitionism, by sharing his stories and resisting colonialist pushback to just send all slaves back to Africa. He was even the only African-American who attended the Seneca Falls Convention, in that he felt women should have the right to vote and be involved in the political process. He stood up for Native Americans as well as recent immigrants, with one of his most famous quotes being “I would unite with anybody to do right, and nobody to do wrong.”

So on February 14, I’d much rather pay tribute to a man who fought for what was right and overcame such extenuating circumstances than just engage in yet even more bitching about how Valentine’s Day only exists to make corporations a bunch of money. What, like Halloween and Christmas don’t?

Be thankful you can do so much as read and write without risking severe injury. Regardless of your relationship status though? If you find Valentine’s Day passe, don’t complain about it. Just say Happy Frederick Douglass Day.

cialis over the counter at walmart

where can i buy sildenafil 100mg

where can i buy sildenafil 100mg

is fish amoxicillin the same as human

is fish amoxicillin the same as human

how to come off cymbalta

how to come off cymbalta

where to buy cialis in usa

where to buy cialis in usa

where to buy cialis online australia

where to buy cialis online australia

how long does it take for viagra to work

how long does cialis 5mg take to work

difference between ventolin and albuterol

hydroxychloroquine use by country

how long does ivermectil last for

is atorvastatin a statin

is pantoprazole the same as prilosec

and zoloft are what type of antidepressant drugs?

is sertraline the same as zoloft

does lexapro make you gain weight

can you snort lexapro

duloxetine what is it for?

does ivermectin kill tapeworms in dogs

where can you get ivermectin

how long is ivermectin effective

over the counter ivermectin

how much is viagra over the counter

how to make viagra

help on writing a dissertation https://mydissertationwritinghelp.com/

how to buy sildenafil tablets