Is your transition to entrepreneurship straining your relationship?

The V-Day posts continue: I remember something that I was told many, many years ago and decided to write about it. That something was told to me and a room full of hopeful would-be business owners at a SCORE meeting: "You're going to be married to your business. This is likely going to put a strain on your relationship." 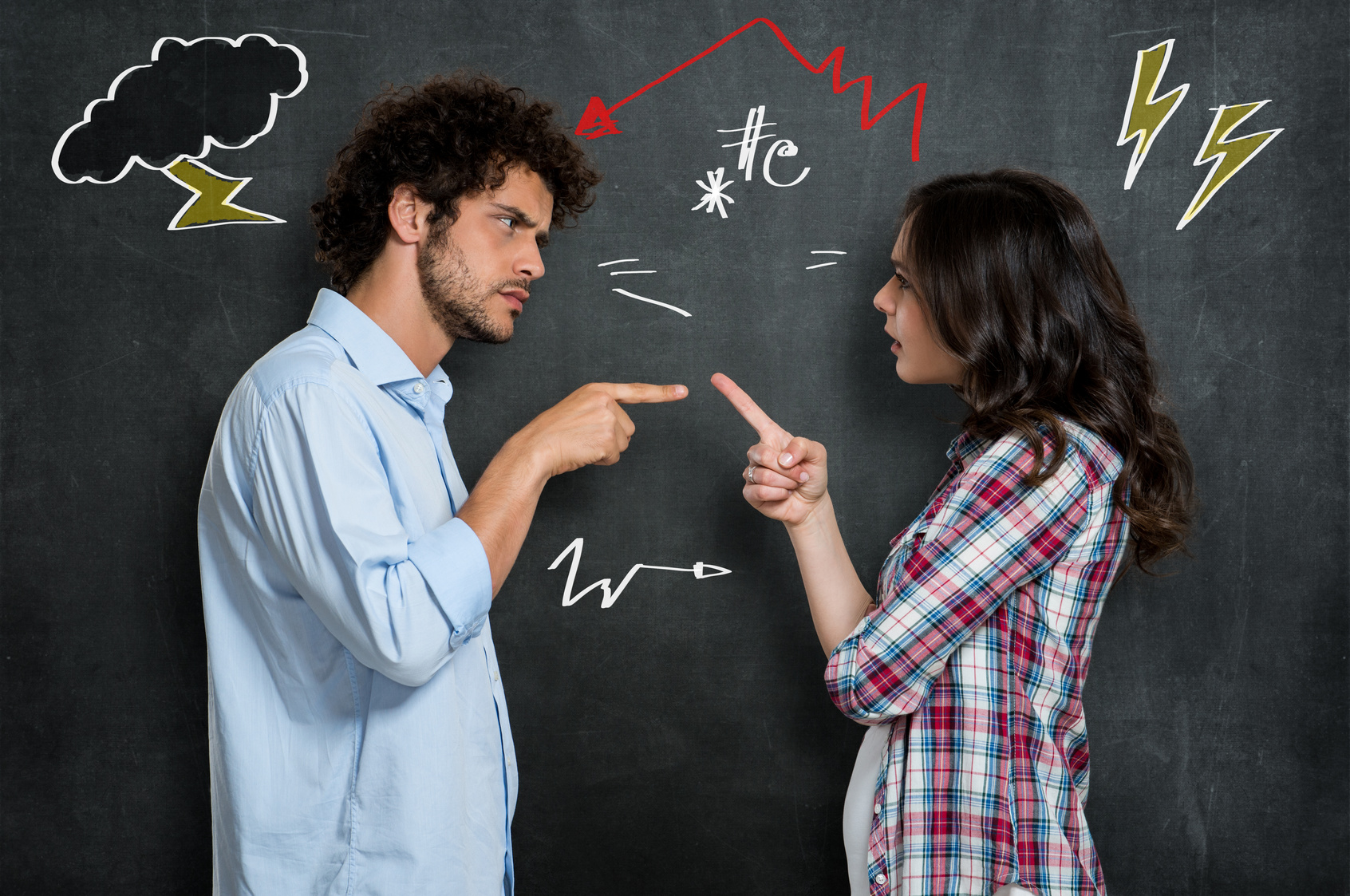 That was 2009. Two years before I'd flatline after finishing my master's thesis with my response being joining Himalaya Studios as an owner and not an employee, six before the first iteration of Sonic Toad came about. I was actually attending that meeting trying to grow my tax practice because I just finished my bachelors in accounting riding the crest of the 2008 shit tsunami, could not land a job to save my life, and decided that my own practice was more appealing than making sacrifices I didn't feel were worth it for someone else's firm. That if I was going to have no life January-April, I'd rather work 100 hours a week for me than 80 for someone else.

Fast-forward many years later and I'm reiterating this same piece of advice at the business courses I teach at Playcrafting but with a heaping helping of guilt doing so.

Why? Let me introduce you to a super underrated crossover/NYHC band, The Crumbsuckers. It's time for some NYHC wisdom because I just came to a staggering realization that I've barely spoken about my roots and culture on this blog yet:

Work until you're dead!

These are the ideas they drill in your head!

Let's face it. A lot of people want their own businesses precisely because they're tired of busting their asses for someone else just to get laid off, fired for a really dumb reason, suddenly competing in this race to the bottom for a fraction of what our credentials are really worth, and the stress of all the above. If you're here, chances are you too are tired of this "live to work" mentality the Crumbsuckers outlined.

While I'm frankly annoyed at the presumption that everyone has a relationship/marriage, when it comes to relationships, stressful jobs cause massive strains on them: no time for your spouse and/or kids, and a dictatorship of a work environment will just make you really insufferable to be around because of the misery you're forced to dwell in. So it's no surprise that a lot of people look to entrepreneurship because you want more time with your partner, more work-life balance. It's just that...getting there is really hard. Especially since the whiz kids who go from $0 to millions in less than a year are more newsworthy than the solopreneur who takes several years to go from $0 to $8K to $200K then potentially back to $0, which intensifies feeling like a failure.

Because shit happens. It hits the fan and splatters like so much verbal diarrhea because your spouse may not be supportive of you whatsoever or it can even lead to divorce papers being in your future. Work-life balance guru Marie Forleo talks all about this in one of her videos, "Is Your Business a Homewrecker?"

So I felt bad for reiterating that piece of advice given to me in 2009, feeling like I espoused the live to work mentality. But let's face it: starting a business is hard fucking work. You WILL likely have to devote a lot more time to it than a job, and phoning it in isn't an option. You may need something like flex work options to tide you over for spells at a time, or transitioning to part-time work instead of quitting a full-time job, and many people will look at you like you have three heads when you say you're starting a business.

Most people don't like risk, and want to stick with being employment-minded. They can be totally fine people but will just never understand why you're doing this: even if your partner says that they support your decision and agree to be both emotionally and financially available, they can still change their mind down the road once it's been too many occasions where you couldn't pass up an opportunity, you're not sleeping at the same time anymore and it's putting a damper on your sex life, or you simply have less to talk about because once again, part of this whole stupid American work culture is that work takes up sooooo much of your time and psyche: come on, how many total strangers bond over complaining about a horrible boss?

Their fears and reservations aren't totally unfounded, either. If we go past the household names who have more money than they could possibly know what to do with, many other entrepreneurs hae risked it all and put their families through it. Your partner who works a corporate job may not like the possibility of losing their savings and having the electricity in a 400-square-foot apartment shut off, especially if the marriage winds up dissolving faster than a AAA studio's shell company.

This post has been brought to you by WebEx, a fine Cisco product I've used in various freelance gigs, because Sonic Toad has no AAA partners.

Then there's the little microaggressions: being expected to do all the cooking, cleaning, and other housework "because you're home", when just because we're home doesn't mean we're available. Reminding you about paying bills by trying to make you feel like shit if you are bringing in little or no money. If your partner is REALLY hard-nosed about this, those microaggressions can pile up into something a lot bigger and uglier.

If you're lucky to have a good partner, you won't deal with these shitty aspects as much even if they're resentful of not being able to spend a lot of time with you during busy times. While I've spent most of my adult life voluntarily single, I can't say I had a marriage or long-term relationship end over my choices with entrepreneurship. But I have had men I've dated really not understand it. The most serious involvement I had in recent years, it took a while for him to get that I don't go to an office just because I own a company and no one forces me to go to the events I attend. Before him, I did date a very insecure guy who was resentful of how much time I was spending on my business and subsequently, talking with my business partner more than my own family.

So yeah, I'd prefer to date another entrepreneurial sort. I wouldn't snub a guy who doesn't sign his own paychecks, after all personalities and interests matter to me more than how they make money. I mean, if he doesn't get it when I start busting out laughing on the subway because I see some ambulance chaser lawyer ad where the guy in the middle looks just like Paul Bearer, it's probably not going to work out. But stupid American work culture aside with the "live to work" mentality, people who are really in the entrepreneurial mindset also tend to be more interested in personal development than employment-minded types. It's too easy to get boxed in with the latter. I've learned so damn much in the past 5 years that I embarked on the indie developer path, then doubling down with two businesses because I grew tired of the "have a job while you make the game" paradigm, and much of that learning didn't come from trying to get then keep a job.

But let's take friendships, which are often far more intimate than a lot of relationships-- especially for types who don't like to date for the sake of dating-- in my experience, starting your own business or following that dream people told you was stupid or unattainable is often a good way to figure out who your real friends are.

If we liken a partner to a friendship gone wrong: are you staying out of fear that you won't find someone else? Or, if they are being so disagreeable about your choice and following your passion is it a sign it's time to move on to a partner who gets you, and inspires you in a way that someone who lives a more traditional life with traditional employment could not?

Having a lot invested in a relationship or friendship can make you reluctant to end it. But if there's bubbling resentment because you're spending a lot of time with a business partner or colleague or doing the 20 million other things that need to be done in having a business, is it that resentment something you can work out or is it a dealbreaker?

Rest assured, you're not alone if your relationship has been strained from starting a business. I'm not saying you should start filing divorce papers just because you're having arguments about time or money. But if you have more passion for what you do instead of who you're with, it's not necessarily a bad thing. Even if there's nothing seemingly wrong with your partner or relationship, you could find yourself growing apart from a partner. This Wealthy Single Mommy reader wrote in with a really thought-provoking question about whether it was wrong to want a divorce because these entrepeneurial guys she was meeting invigorated her more than her employment-minded husband.

After all, most people don't like risk. We're told that we have to get a job, not make our own income; to have a relationship or marriage instead of being single or sleeping around. To stay in just one place, not be location-independent.

Your personal relationships WILL affect your business and how you're faring in it, because a killjoy who makes you feel like shit for struggling will murder your confidence and thus ability to really crush it. Someone who's perpetually stuck in gear and doesn't want to get out out of fear can also hold you back.

So...follow your heart, dude. Are you staying with that person because you love them and feel that they could endure THE WORST with you, or are you staying out of fear of being "alone"?