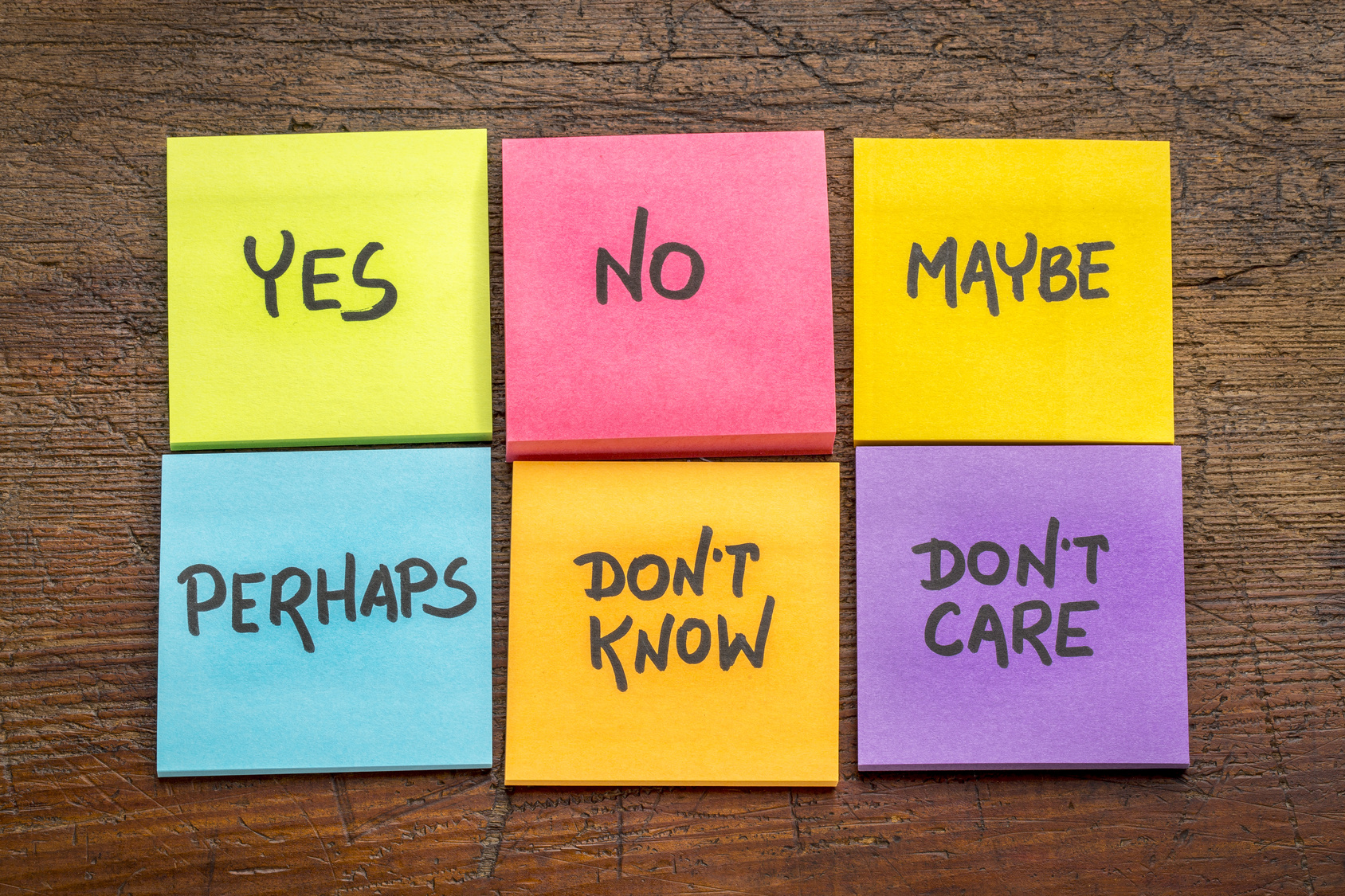 “Oh great, another one of those overly perky motivational blog posts!”

That might’ve been what you were thinking. It DOES get kinda tiring seeing the same old points reiterated, doesn’t it? Inspiration can be easy, but finding motivation is more difficult. Often we have the same answers for why we’re not getting things done:

Well, I believe in doing things differently since words like “passion” and “motivation” can feel like they’re overused when it comes to both business and creative stuff. “Your passion will propel you!” just sounds so overplayed when you’re looking at your unfinished game, novel you haven’t touched in months, or other thing that you’re feeling guilty for not working on due to lack of inspiration, motivation, whatever, then you feel like utter garbage reading the success stories that get tweeted to you. This has led to my having a serious love-hate relationship with a lot of entrepreneurial spaces partly due to my values, and also partly because they’re often not designed for marginalized people and those who want more than to just spend their lives paying bills and making money then repeating the cycle until we’ve shuffled off the mortal coil.

At Sonic Toad, I believe in attaining financial and creative freedom and reaching your goals on YOUR terms. That means getting stuff done and motivating you to do so, then figuring out an actionable plan but also taking limitations into account.

So with that said, why exactly do we uh…do stuff?

Well, because we want to, obviously.

Money, or the hope of it?

Finding other people who share the same passions as us?

Just having that feeling that you did something most people never even bother attempting to do?

Whether you can pinpoint that reason or not, it’s all too easy for life to get in the way and cause you to get pushed into a rut. But finding motivation to get going again isn’t as difficult as you think even if you’re getting really overwhelmed. Here’s what you can do to get going again. 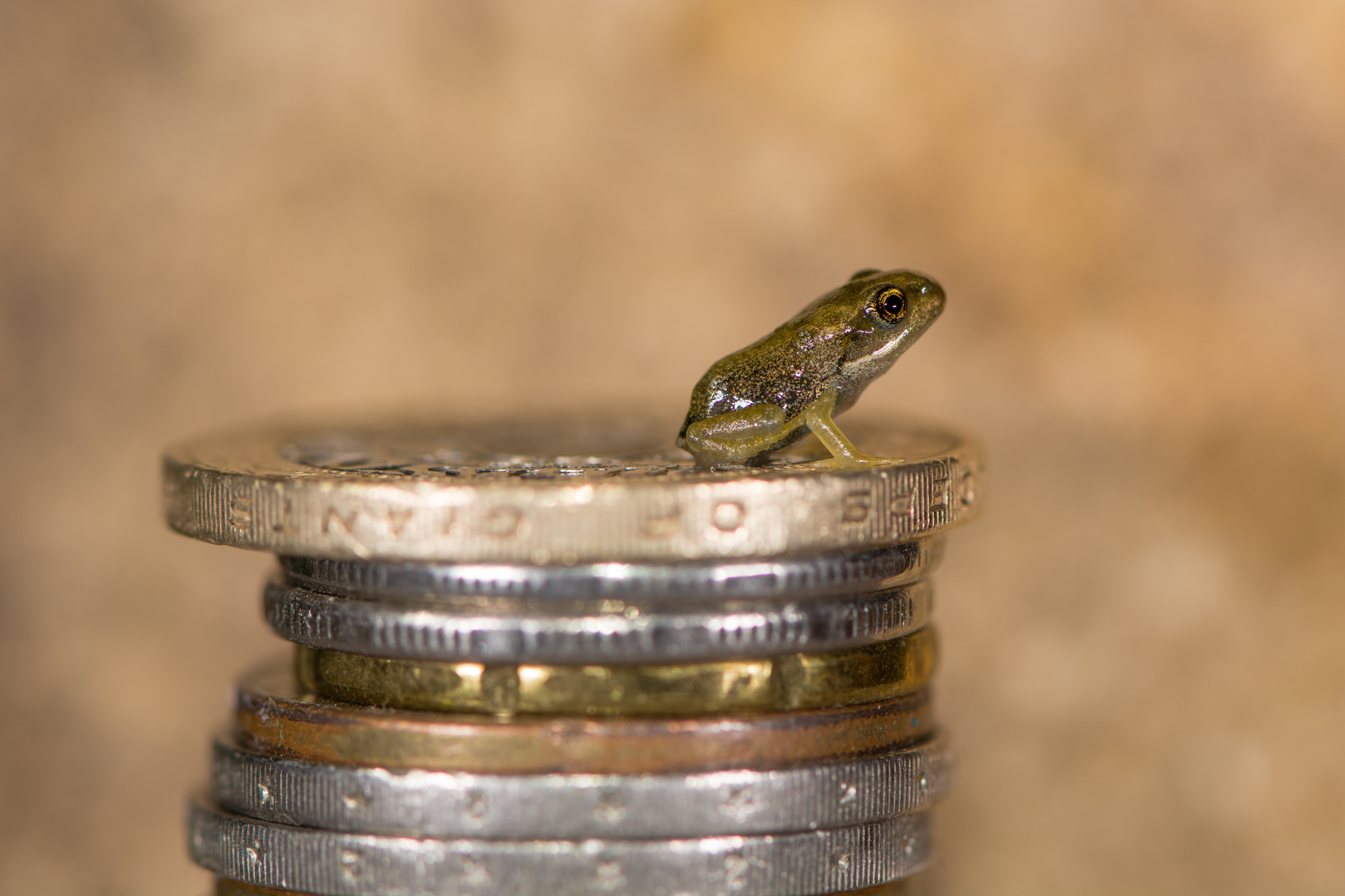 What often stops a lot of people from wanting to make a game for instance, since it’s often a HUGE investment in terms of dev costs and time, is just not having enough money. Whether it’s in terms of the actual expenses needed for licensing, asset creation, and other things you’re not doing yourself, or having a means to pay your bills for an extended timeframe while you focus on the game. But you don’t have to quit your job right this second or wait until you have X dollars saved up to just get started.

You can make a tiny investment. Buying the domain for the game’s micro site (or your own studio’s name if you haven’t done so already), putting aside a relatively doable amount like $50-100 to pay for a logo or small art assets, or other things that show you’re serious about getting it done without severely eating into your cash but it takes enough of a bite to push you without overwhelming you completely.

You can even make it a micro investment that costs very little. For instance, I got my ass in gear as far as getting back to blogging on my own site was concerned by buying some Fotolia images in advance. Fotolia’s my preferred image provider for my sites and projects, and creating an account through that link gives me some credit which I appreciate. By picking out a few images (I started with just three), it pushed me to want to use them instead of just letting them be a sunk cost.

When I do writing for hire and the client needs me to pick out pictures to go with the content, usually I save that step for last. By doing the opposite for my own writing, it establishes a different type of control and daresay motivation and inspiration. No less, it’s a good example of a micro investment that pushed me to get stuff done.

Do some affirmations. For real. 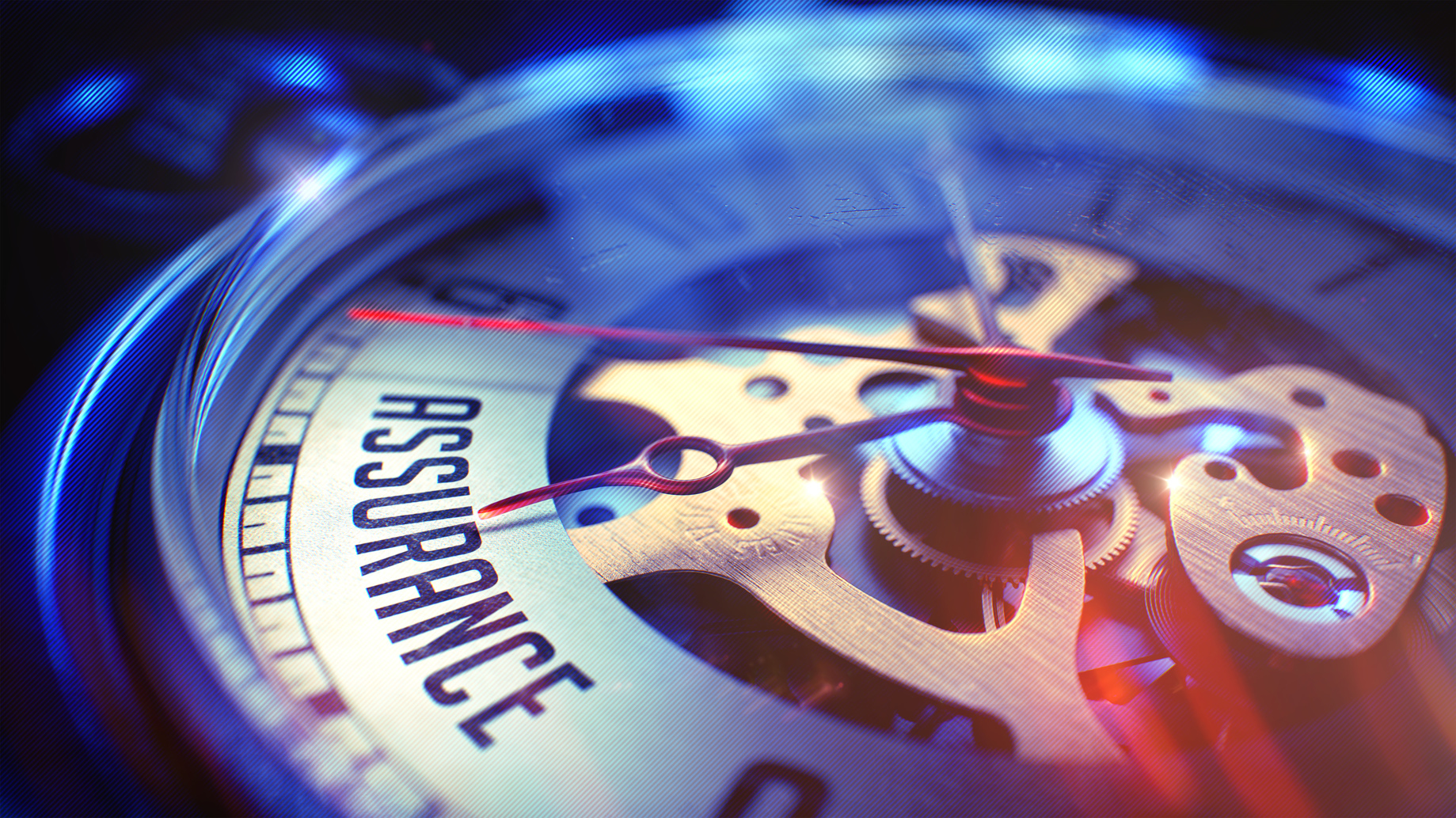 So, I’m not super fond of the cliched old self-help screeds and whatnot. They all seem to say the same thing: just put more positive energy out there and good things will happen. When well, positivity can just be hard to come by if you’re in a genuinely crappy place at the moment and it also implies that you deserve bad things happening to you if your chakras aren’t aligned or something. Which is wrong.

If there’s a self-help book I really HAD to recommend, it’d be Jen Sincero’s You Are a Badass. I picked it up in the airport on a whim during my travels this year. I didn’t even make it past the third chapter, but what I read so far was incredibly helpful and insightful even if it treaded into a lot of the same “leave it up to the universe” territory. I’ve had the universe send a lot of really awesome things my way after I spent 2017 becoming a more positive person and encouraging my Toadlets to do the same. But to become more positive?

You need to un-learn a lot of the things that have been drilled in your head. That you don’t deserve to follow your dreams, that your worth is only whatever you contribute to the capitalist machine, and all that other nonsense you’re socially engineered with. It sounds easy typing out and just saying it: but when you have the people standing next to you every day looking at you like you got three heads for daring to question this system, it’s hard to undo the damage and get past the mental blocks you’ve been given as a result.

So, start with some affirmations of the things that are plausible for your situation, abilities, and potential that you don’t believe yet, but want to believe. Do whatever works for you– write it down on a piece of paper, type it out in the memo app on your phone, write it on the mirror, say it loud.

“I WILL get this game released.”

“I deserve to make a living doing what I love.”

“My passions are awesome and worthy whether I’ll make money with them or not.”

“I will get past my writer’s block.”

“I deserve a happy relationship with a great partner.”

Drown out those haters trying to tell you otherwise; the ones who want you to settle for the same series of miserable dead-end jobs that don’t pay enough and give you no freedom, and the same series of randos from some dating app or other horrifying lottery. Misery loves company, after all! They’ve internalized the shitty things society has told them about themselves, and don’t know it yet. If you got this far into this blog post, you’re at least trying to undo that brainwashing.

Just like how making that little micro investment can give you a push, this affirmation and actualizing it some way is the first step to feeling more positive and motivated. You don’t need to sit down and write a whole treatise or action plan (though it definitely helps if you’re the type who writes to clear your thoughts!)

Just start with a few sentences proclaiming what you want. What you KNOW you deserve despite the massive doses of haterade out there. 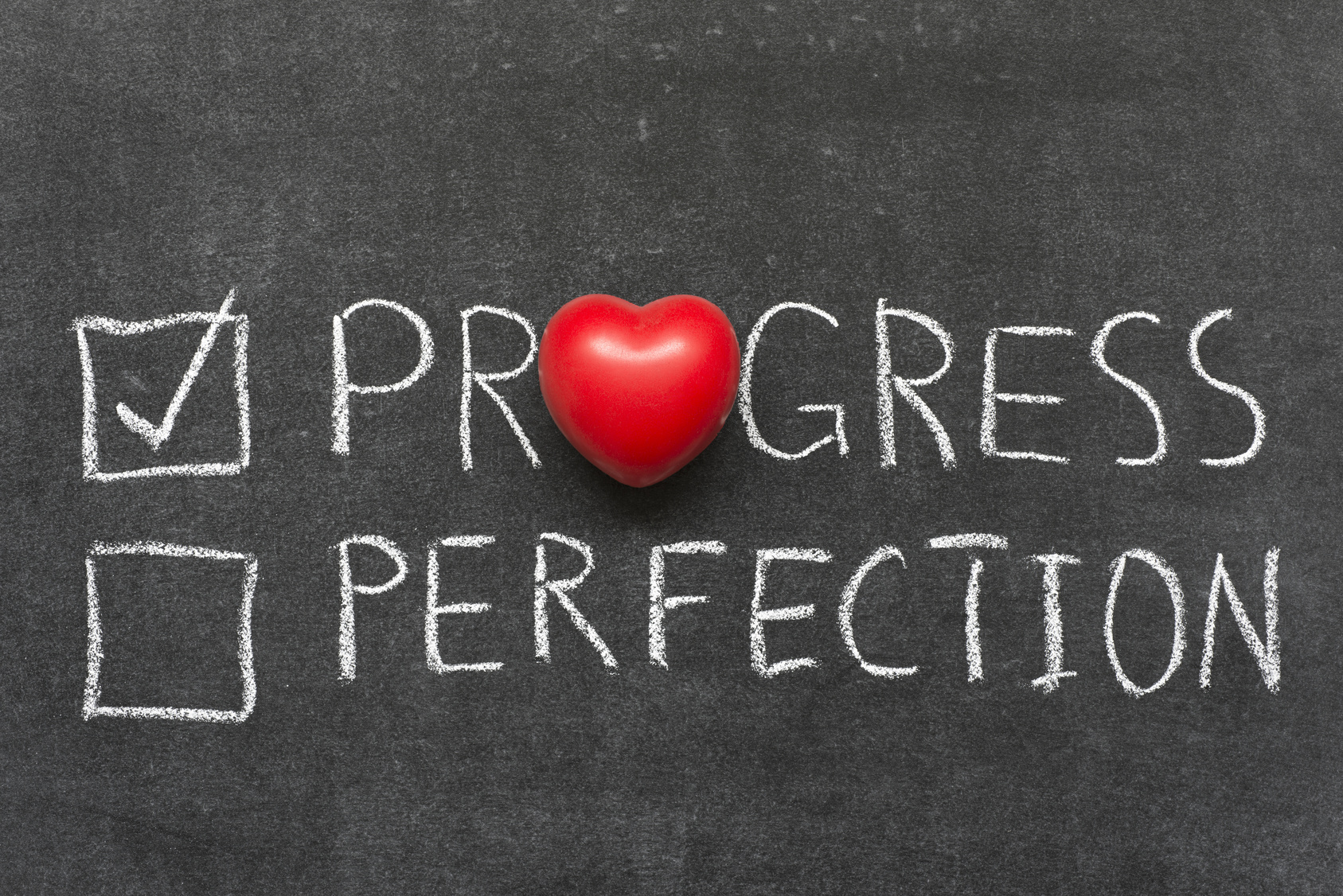 Like the micro investment, James Altucher’s “1% a day” approach is a good way to not only stay motivated, but also stay on track when you’re really busy and getting overwhelmed.

Similarly to a lack of money just immediately putting up that mental roadblock that prevents us from getting started then keeping up momentum on the games, films, and other projects we dream of– time is virtually always the big one. There’s whole Poor Richard’s Almanac thing of “Lost time is never found again” and by Toad, it’s true. If you want to start a business, a game studio, a creative venture? You HAVE to start looking at time differently than when you’re in the 9-5 mentality.

So, because of that, we all dream of that day when we can just get time off of work (or if you’re already well into working for yourself, waiting for the time of year things get slow with your clients) to just work on our creative projects. To have just 1-2 days even totally undisturbed to create!

But then something happens when you save that life-changing amount of money that enables you to quit your job, or when the holidays come and you take advantage of your clients taking a break. You’re exhausted and just want some time to rest so you get absolutely nothing done on your own projects. Or you suddenly have this whole day to just work on the game but don’t feel inspired to do it because it just SEEMS so overwhelming.

Get your rest, you need it. The capitalist machine and/or your fans will still be there tomorrow I promise. Do 1% a day.

If writing the code an entire room feels overwhelming, just code an action for now.

Don’t feel the momentum for a whole chapter or dialogue tree? Just write a scene you’re envisioning or a conversation. You can add narrative branching later, or tie that scene in with the rest of the book.

In addition to that 1% you’re just getting done now, you’re also building momentum so that soon enough, you will want to use a whole day of your weekend to work on your own projects and it won’t feel like work. But it sure does when you’re exhausted, and just feeling unproductive because you’re exhausted and/or managing a chronic condition that feels like looking after a cranky child only with no rewarding feelings. Both that work you’ve gradually completed and that momentum will keep you going, and finding motivation won’t be nearly as difficult.

Often, it’s that prospect of being overwhelmed that stops us from going forward. By starting small– even keeping it small– you can reach the finish line on your own terms.

9 replies on “Finding Motivation When You’re Overwhelmed as F#&*”

generic cialis made in america