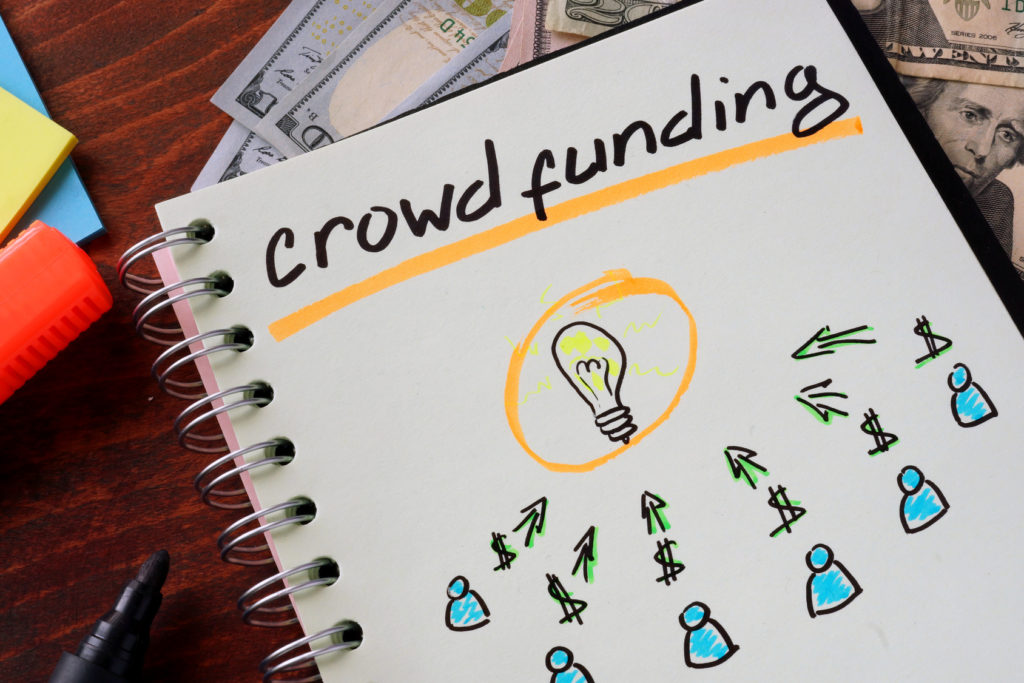 Not terribly long ago on Twitter, I had an interesting conversation with an independent journalist I admire. (Linda Tirado, you should definitely check her work out and consider supporting her on Patreon.)

It was about the importance of crowdfunding independent journalism especially in this age of blatant misinformation coupled with information overload and TPTB trying to make entertainment out of our daily tragedies and political dumpster fires. Subsequently, journalists having the ability to get in the trenches thanks to crowdfunding is something that we need more of. Direct patronage also decreases reliance on advertising, sponsors, and the journalist (or creator, for the rest of this post’s purpose) having to rely on outside work.

I debated starting a Patreon forever. Decided not to for a couple reasons. I have a Ko-Fi page that’s pretty low-traffic. It’s a tip cup if my free content or endless shitposting has enriched your life in some manner. I don’t really advertise it except on my Gamasutra profile. I removed it from my Twitter page after I kept getting abuse about it.

So that abuse begs the question: is personal or creative crowdfunding WRONG? Does it boil down to who does and doesn’t deserve support?

Which to be honest: Western society has us programmed to think of things in terms of who does and doesn’t deserve them. It’s why America is a mess. If people debated less about who “deserves” healthcare and a decent standard of living…we’d have single payer instead of private insurance disasters, universal basic income, fully-funded infrastructure that doesn’t break down and kill people constantly, and accessibility for people with disabilities among many other intentional inequities being addressed.

I make a decent amount passively but still need to provide my clients with awesome content strategy and creation services, business, tax, and marketing consulting, and being a keynote speaker and business of games educator. All things which I love doing– but hey, taking on fewer gigs would certainly allow more time for game-making which is the whole point of why I formed Sonic Toad! Because the whole “have a job while you work on the game” paradigm did NOT work out for me, and many of my Toadlets.

I started all this because I needed a stable source of income to fund my game-making pursuits then basically do what I want. Building a business proved to be a far better use of my time since it’s mine and it lasts. In some senses, owning a business opposed to having a job is a lot like owning a home opposed to renting one. Not a 1:1 analogy of course, but there’s definitely some similarities. But that could be a whole other post in and of itself.

No matter how you cut it though, control over both your time and funding is why entrepreneurship is a probable option if you’re also finding yourself in that same dark pattern of a day job not working out. There’s also virtues in keeping it small to retain that control. But also, part of why I didn’t go for a Patreon is that I know from experience being at the helm of a six-figure Kickstarter for a game is that games are very fraught with delays even if you got funding. Your personal obligations don’t go away and it’s also on you to deliver what you promised to your backers. Since Kickstarter et al are more like startup funding while Patreon is more like a salary, the same concept still holds up: you got very active backers who stay on top of what you’re doing and want to know what you can do for them that goes the extra mile and provides incentive for them to back you, while others are passive and don’t mind parting with $15 once or $1-2 a month but are busy and don’t bother to check in with updates. And creating those rewards and writing updates takes time, and one important takeaway I got from running Himalaya’s Kickstarter was that you can’t make everyone happy.

Nevertheless, here I was hemming and hawing, debating to what degree I was seriously “allowed” to have my basic-ass Ko-Fi link up.

Having continuous support via Patreon or a similar system would definitely give me more time for making games, music, writing, commentary/shitposting, and whatnot. But while you see most of my rates publicly posted here as well as Clarity if you’re looking for a by-the-minute option, you don’t see how much income I actually generate from all of my different sources (which vary. I’m not going to bullshit you like most business blogs that either scare you into thinking you’ll be broke-ass forever, or try enticing you with unrealistic monthly income levels most new free agents will not see until they’ve been at this a while. But I’m also being transparent in that I make more than enough to not *need* the support, but getting even more time back would rule. Post coming soon about how to find more time!)

But well, look at The Oatmeal. I’m a fan of his, I LOVE his comics, and he’s got a legion of superfans. He can Kickstart millions of bucks with no problems and no one says anything about it. Chapo Trap House, a leftist white dude podcast, gets over $96,000/MONTH at the time of writing. So none of these aforementioned creators are struggling, or giving the impression of struggle, and people still crowdfund the fuck out of them. Is it a matter of “deserving”? Or is it a matter of throwing around social capital?

Because I’m known more for my business of games contributions than the development side of things, I wondered if having my Ko-Fi link up was sending the wrong message. That it would devalue my rates and work.

But don’t we live in a…free market? 😉

I can live without those contributions. It’s purely voluntary. I find it amusing how the people who claim to love the free market when it’s a question of exploiting others’ labor or making basic human rights like housing and healthcare unaffordable, but a totally voluntary exchange of a few bucks between a creator and supporter causes them to froth at the mouth. For the people who do rely on those contributions, it can get risky if abusive trolls like that flood your Patreon page or spread disinformation simply because they don’t like “e-begging” even though once again, the patronage is voluntary.

I think about this time and again. With GDC being nigh along with my telling the bright-eyed bushy-tailed young things in the IGDA Mentor Cafe what’s what…. 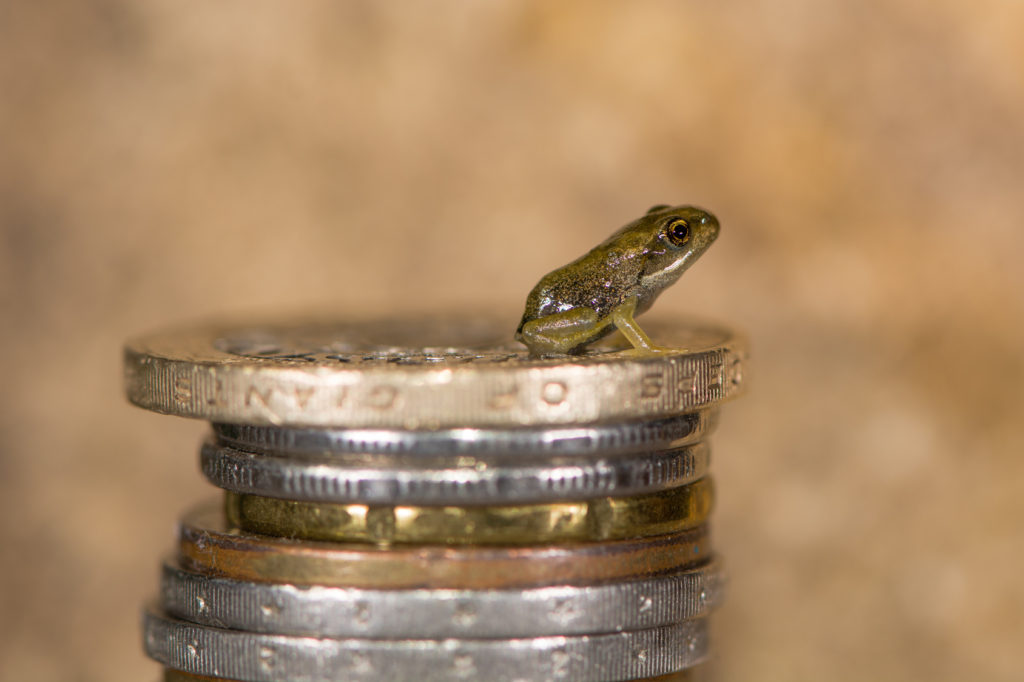 No, there’s nothing wrong with seeking crowdfunding for your creative, social change, entrepreneurial, or other ventures that may or may not be your primary source of income.

It doesn’t matter if you already have a successful business. Or a good job. And things can be quite illusive: you’d be surprised how many authors with blue check marks and tens of thousands of followers on Twitter are actually struggling financially, and how many “Hey, I put my games or art together with spit and staples” types are socking away multiple six figure incomes every year.

When it comes to creative work in particular, we fall for a lot of the talking points we’ve had regurgitated at us since our youth such as that it should always be a labor of love or done for the sake of art and not profit. Like whenever someone complains about how much an artist charges for a commission and says “That’s a car payment!” or “That costs more than what I pay for a week’s worth of groceries!” Dude, what the fuck do you think the artist is spending the money on?

Or that our labor inherently does not have value when it definitely does but it opens us up to exploitation because too many people freely give away their talents for peanuts in the name of “passion”, whether it’s a subconscious devaluing or desperation for that foot in the door. Fuck that noise: ALL labor has value.

We have a lot to overcome as a society, not the least of which is that most actual work =/= an ongoing job or a gig you are paid to do. There is nothing wrong with wanting compensation for what you’re putting out there. You are worth it.

34 replies on “The Never-Ending Debate on Crowdfunding: Are Professionals Wrong for Using It?”

[…] There you can find 48441 additional Info on that Topic: sonictoad.com/2018/03/the-never-ending-debate-on-crowdfunding-are-professionals-wrong/ […]

[…] Info on that Topic: sonictoad.com/2018/03/the-never-ending-debate-on-crowdfunding-are-professionals-wrong/ […]

[…] Information to that Topic: sonictoad.com/2018/03/the-never-ending-debate-on-crowdfunding-are-professionals-wrong/ […]

[…] Read More on on that Topic: sonictoad.com/2018/03/the-never-ending-debate-on-crowdfunding-are-professionals-wrong/ […]

[…] Info to that Topic: sonictoad.com/2018/03/the-never-ending-debate-on-crowdfunding-are-professionals-wrong/ […]

[…] Here you can find 91519 additional Info on that Topic: sonictoad.com/2018/03/the-never-ending-debate-on-crowdfunding-are-professionals-wrong/ […]

[…] Read More on that Topic: sonictoad.com/2018/03/the-never-ending-debate-on-crowdfunding-are-professionals-wrong/ […]

[…] Here you will find 55407 additional Information on that Topic: sonictoad.com/2018/03/the-never-ending-debate-on-crowdfunding-are-professionals-wrong/ […]

[…] Info to that Topic: sonictoad.com/2018/03/the-never-ending-debate-on-crowdfunding-are-professionals-wrong/ […]

[…] Information to that Topic: sonictoad.com/2018/03/the-never-ending-debate-on-crowdfunding-are-professionals-wrong/ […]