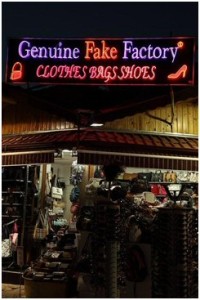 I see the phrase “fake it til you make it” plastered everywhere followed by all the screeds about how you shouldn’t do just that. I think both pieces of advice are misinterpreted as well as  misapplied.

Obviously, don’t fake having specialized skills: would you want to be in need of open heart surgery and the cardiologist faked knowing how to put in stents? Hell no! Then if you’re trying to get a gig programming in Unity and can’t use the program, you’re doing both yourself and the studio a disservice. But if you’ve managed small dev teams and are faced with an opportunity to manage a bigger one, you don’t have to fake your skills although you may have to fake your faith in yourself to tackle that responsibility.

Sometimes people will say they know how to do something because they badly need a job. Looking at both sides of the fence, this candidate could be wasting the interviewer’s time like in the Unity example but then I’ve seen so many job posts that have the balls to demand a mid-career professional for an entry-level salary. The latter totally deserves someone faking a skill. But the former is  exactly why those “don’t fake it til you make it” articles get written.

Faking connections is harder to do. You either know that person or you don’t. But it’s probably a bad idea to fake knowing someone you’ve said hi to a few times at best.

I think what the “fake it til you make it” people really mean is that you don’t fake credentials, ability, or who you know but rather how you perceive yourself. To sound more confident than you are. Thinking of my companion animals, toads puff up when they get scared because they want the predator trying to eat them to think they’re a lot bigger than they actually are and thus be inedible. The toad fakes it to stay alive.

If you’re interviewing for a job that you badly need and have been unemployed for Toad knows how long, you’re more than likely a total wreck and will come off as desperate instead of confident even if you try hiding it. Faking confidence is your equivalent of the toad puffing up to avoid being eaten: you haven’t lied about your skills, credentials, or connections. But you sat there with a smile when you really wanted to roundhouse kick the interviewer for asking some bullshit question like “Where do you see yourself in five years?” or “What is your greatest accomplishment?” You tried not to waver when asked about your abilities so you did your best to sound happy and confident and genuinely excited to work at this cube farm. That’s the kind of “fake it til you make it” that the experts mean. Like that toad fighting for survival, you must puff up to seem bigger than you really are.

Then if you work for yourself and you’re giving in to the people who want to pay you less than what you’re asking, it doesn’t brandish confidence in potential clients’ faces the way that refusal to come down on your price does. Just like with those tortuous job interviews, you need to show more bravado and that you actually believe in yourself! Not that you’re intimidated at the prospect of 10,000 people way better than you lining up for the same gig, or that you badly need this gig because your power is about go to out. Faking that bravado can really wind up being integral to your survival when you are in the first couple years of working for yourself.

The capitalist race-to-the-bottom hellscape that we live in tears down EVERYONE’S belief in themselves and forces us all to think that we’re not good enough, or that we need to find someone to be better than. So if you must fake it, fake the confidence in your abilities: not the abilities themselves.

Women especially are prone to this. I’m not saying that men don’t experience confidence issues, but with the incredibly stupid ways that society encourages women to be agreeable to the point of utter passivity, this frequently leads to serious self-confidence issues that make it a hell whole lot harder to not just get what you want: but to have the confidence in getting it. In feeling that you DESERVE IT! I’ve personally suffered this as have a lot of women I know.

Then for a more gender-neutral talking point, it’s easy to suffer a blow to your confidence when you have a game that doesn’t sell as well as you hoped it would. Or that you’re not where you need to be financially, you aren’t getting sales and conversions but the other guy is. I’ve suffered these as well. This is one of the hardest aspects of the freelance and indie lives that people outside of it don’t really get.

Look, feeling inadequate is a pretty universal feeling. Why else would the self-help book industry be worth millions of dollars? The world can be a cruel and daunting place where you just want to punch out every single overly bubbly corporate type trying to sell you some kind of snake oil that’ll magically increase your confidence. I’m not a fan of that New Age-y bullshit a lot of these life coaches push when it comes to finding happiness and building a business. Going for a run could help you destress if you’re feeling particularly moody due to low sales, but realigning your chakras or whatever won’t do anything if you have a game that you spent tens of thousands of dollars and years of your life developing and it didn’t break even let alone net you a livable profit.

Real confidence is still better than fake confidence though. But sometimes you need to dip into that sludgy tub of yellow cake uranium that is ersatz buttery spread before you get to have the real creamery butter that awaits after getting the gig or job. So even though you’re feeling down on yourself for not selling enough or feeling like your resume is inadequate? Channel those times that people told you what they liked about your game and how they can’t wait to see more from you. How awesome it felt to grab 20 email addresses at an expo and run out of business cards! Do this until you can forget how intimidated you feel at an interviewer asking you questions or a prospective client who wants Versace quality at Wal-Mart prices.

Easier said than done but that is pretty much exactly what they mean by “fake it til you make it”.

how to take priligy 60 mg

has hydroxychloroquine been successful

So what do they REALLY mean by “fake it til you make it”? – Sonic Toad

what is in ivermectin