I had a nervous breakdown not that long ago. What triggered it? Having to write a CV. I know that probably sounds bizarre, coming from someone who gets paid to help indie developers with professional development. But hear me out. 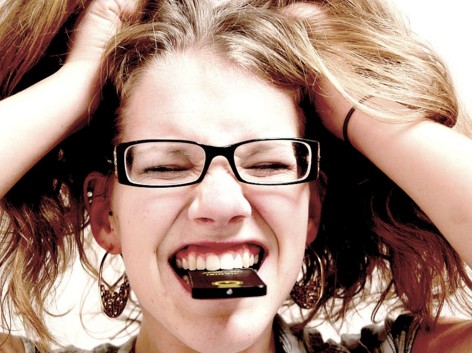 A while ago, one of my colleagues who's a gaming attorney suggested that I join an expert witness agency when I expressed interest in getting testimony work for crowdfunding suits. So I went to the most prominent agency he recommended and their app was pretty straightforward save for requiring a CV. So I put it off. I devoted most of the past fall to finishing The Definitive Guide to Taxes for Indie Game Developers

and wanted to wait until I at least had the book polished and published before I applied so I could put it on said CV. That memo was stuck to my monitor for two months. I hadn't had to write a CV in forever as most of the gigs I’d gotten came from networking or applying by email with work samples. I hadn’t been in the whole resume writing game after I decided to leave the financial industry. December rolled around, the book is on the Kindle store. It's time to finally tackle this task!

So, I was already dealing with the stress of trying to get a closing date while my lease was about to expire, let alone preparing for said move, as well as Sonic Toad’s launch and trying to get book sales. I wasn't sure if writing the CV itself was what caused the meltdown or merely the straw that broke the camel’s back.

But either way, looking up CV examples and formats hurtled me into this massive fog of depression and inferiority to the point that I couldn't drag myself out of bed. It was triggering all the times I had to write 20 different versions of my resume, padded and dumbed down and everything in between, just to make it to interviews that wound up being a waste of train fare. How sick I was of being asked what I did with every second of my life since The Room

had its theatrical release. Those job interviews in turn were triggering because they brought back bad memories of the constant interrogations from alarmist school administrators who had me under constant surveillance.

The scathing verbal diarrhea swishing between my ears that ensued went something like this:

“I'm not good enough! What the hell did I do with my life? Listen, I got locked out of these fancy corporate jobs despite busting my ass trying to get one, you high-falutin’ Hefty bags of dicks! I didn't even stay at one shitty firm after another long enough to really accomplish anything. This CV is going to suck harder than Uwe Boll’s entire body of work. Why would I even bother when anyone reading this is going to take someone with fancypants corporate experience and all these awards over me!”

I had other work to do, including stuff for Sonic Toad’s launch, but couldn't concentrate on it because I was so mentally exhausted at the prospect of writing this damn thing.

I just had to get out of the house and not think about it. I took a super long walk and went to the coffee shop, not grabbing my usual seat by the outlet this time. Had some tea and shortbread, read a book. I was frazzled and unable to think about work-related shit. So I figured since my book was finished and things were winding down gig-wise anyway since Christmas was imminent, I'd take a mental health day. I used the time to do errands and other non-work stuff then just try to blow off steam walking by the river. Did my best to relax when I got home and block out the feeling like I was inferior because I let this shit totally ruin my day. Yael knew something was wrong and she put her paw on my wrist while clobbering me in toady kisses. 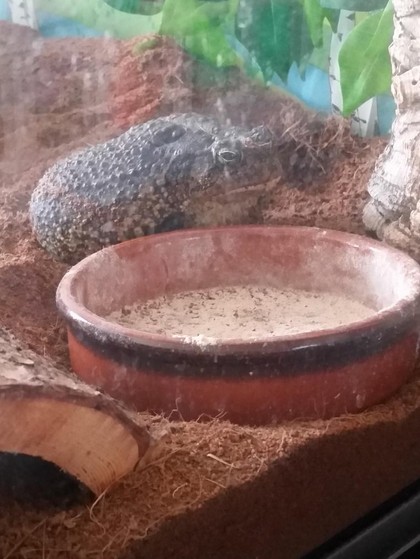 So, I'm telling you this because there's no use in shaming or bullying yourself for needing a mental health day. Or if you have a full blown mental health issue that is preventing you from doing something you find triggering, DO NOT shame yourself.

If someone wants to think you're weak or whatever for needing to deal with having a breakdown, or getting triggered by something that seems innocuous to them, tell them to go fuck themselves with a rusty wire brush. Widespread ignorance and denial of the impacts of mental health issues and stigmatizing them is merely one reason why America is an embarrassment compared to other industrialized countries. Your mental health is just as important, if not even moreso, as your physical health. If you have the flu because of germs you came into contact with, you get bedrest and vitamin C until you get better. It's the commonsense solution. If you have a nervous breakdown because you're overwhelmed and/or triggered by something, a commonsense solution is to figure out what caused the problem and find a way to conquer or avoid getting triggered. To get to that solution though, you might need to get far away from it to regroup and go to a relaxing safe space.

The next day, I was glad I did just that. I pulled up the samples and my blank page, this time ready to show those stupid fucking documents who's boss. Now I'm going to tell you how I conquered my fear of writing a CV in case you are struggling with the same thing. I made the following realizations and rationalizations once I was able to step back:

1. I thought of some of the people I knew with these corporate jobs and how many were utter birdbrains. I figured that if people way dumber than me managed to get these jobs I was locked out of, then they did it by merely using the right words and/or format if it didn't happen from getting drunk at the right bar. Or having the right parent, friend, spouse, or sex buddy.

2. So what if I don't have all this fancy corporate experience? It’s not an environment I want to work in anyway. I’m applying to a professional agency that lawyers occasionally use, not big corporations looking for full-time employees. The former is who I needed to tailor the CV to.

3. It wasn't my fault I didn't have 3-5+ years at the same job. So what if I'm below the BLS average of three years per job for someone under 35? That is merely economic reality of today's shitty job market. The days of 20 years in with a gold watch are over. It is absolutely no reflection of my character whatsoever.

4. I can take comfort in having a variety of good references: satisfied clients, gaming industry influencers, and people I've taught with. It doesn't matter that I haven't seen them day in day out for years on end in an office setting.

5. I wrote a book. A lot of the people I went to grad school with could barely write email.

6. There's always someone who's going to be more skilled and/or more experienced than me vying for a gig. But there's also people who I will beat.

After I took stock of all that, decompartmentalizing became easier and I followed the format of the samples using my experience and accomplishments. I not only got into the expert witness program with my new CV, but I immediately scored a month-long project with decent pay with it as well. This was not only obviously good for my bank account but it gave me the confidence to apply for more gigs.

I don't think that would've been possible without a mental health day. Don't shame yourself if you need one.