Every creative person needs a muse, right? What if you were surrounded by muses but simply had no idea what to do with them? When you’re in a really shitty and stressful time of your life, sometimes that distress can wind up inspiring you (see: a vast majority of punk songs) but too much distress can lead to going on massive death spirals and just utterly kill your ability to function, let alone create.

Until the summer of 2014, I had lost that ability to create.

Everything in the preceding years that I tried as a game dev, a writer, in bands: it all sucked. It was like I was trying to squeeze a whole, intact potato chip from a bag that had long been empty. I had worried that the years of my youth sucked away on a career I didn't want in the name of "do something you hate to subsidize what you love" and how it was all a big smack in the face anyway, had just completely ruined my imagination that was cultivated from the best the 80s and 90s had to give us. The world of bright colors, talking back, stories and innovation usurping sales reports, my books and adventure games taking me to a whole other place, a time when writers and artists were met with a lot more respect and living wages than they are today. But we can't cling to what isn't there anymore. 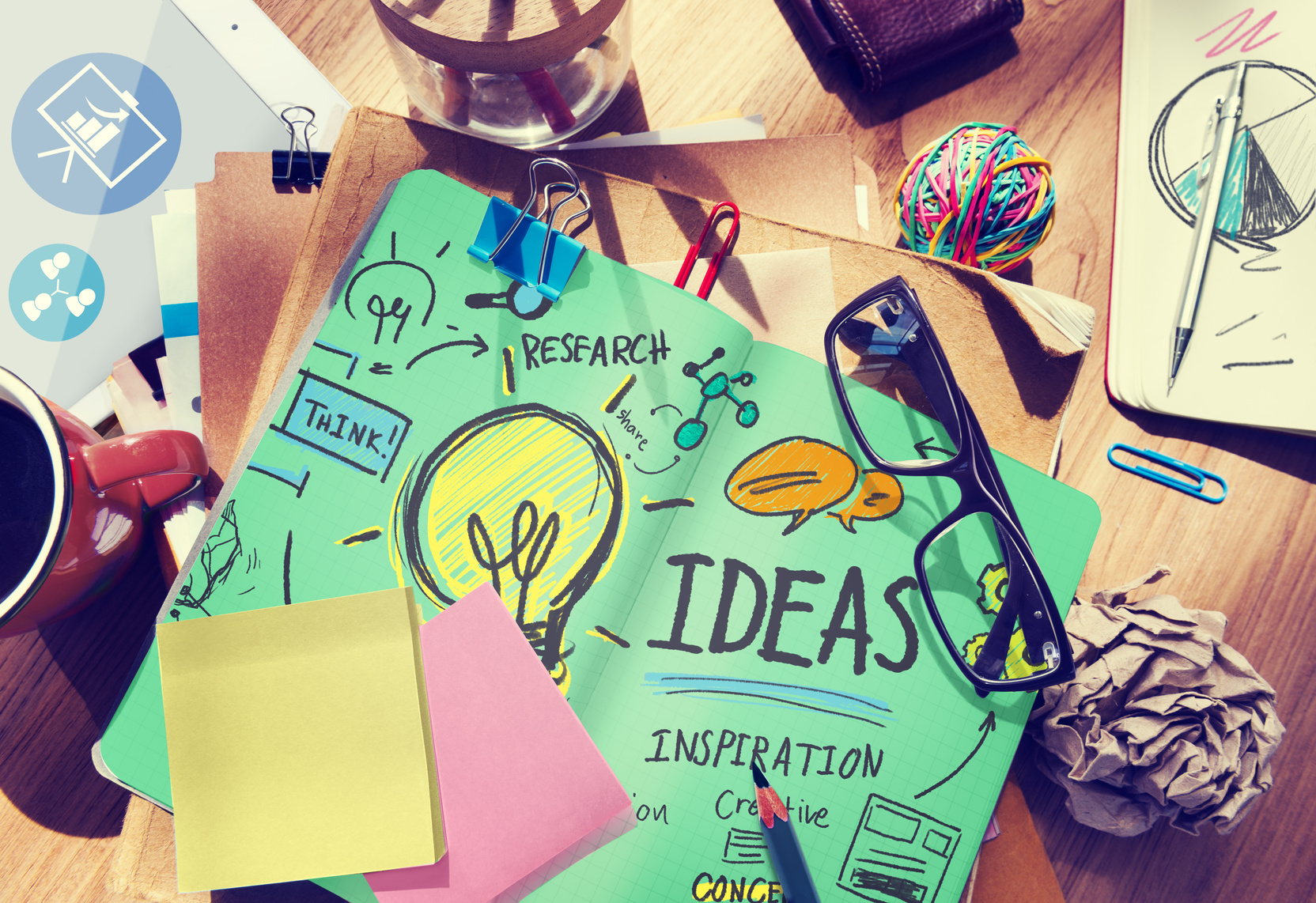 With the exception of those amazing Yikes pencils, you can otherwise still pick up most of these tools today anyhow.

In enduring the worst job I ever held in 2014 followed by the never-ending job search, I watched Freddy Got Fingered over 100 times. Between the film's audacity and what the hell I was being put through every day, something in me broke. Come summertime after I literally almost committed suicide, my brain had been scrubbed and deprogrammed after I was so close to the edge. I stopped submitting resumes and went to the very last job interview. I watched Tom Green's opus one more time and something happened: my ability to create came back.

The pressure was finally gone. To hell with everyone else's pre-packaged definition of "success", the expectations that don't align with reality when it comes hyper-educated and experienced people being forced to work in shitty conditions at an insulting payscale. I didn't have to go back to that hellscape. I still keep up my license to get unrelated work as a consultant and in the adult education field. But the monkey was finally off my back that I wouldn't have to adhere to the seasonal cycle anymore and could liberate my closet of all that shit that made me look and feel 20 years older than I was.

Whether you're looking to dump your old business clothes for some bucks-- or need some new clothes in regular or niche sizing-- check out Sonic Toad's partner, ThredUp! Frequently has promo codes littering Google and RetailMeNot, I got some nice jeans for $8. If you work in a place with a dress code, plenty of cheap "work safe" clothes.

So I started penning The Tao of Gord, originally titled "How Freddy Got Fingered Brought Me Self-Actualization". I initially just wanted to write an article about how the film changed my life and shop it to XO Jane, where I wound up joining a tightly-knit community that resulted from the XO-dus that spring. But I had so much to say about it that I figured an essay I could shop to Slate or The Toast would be better. Then after my suicidal episode and recovery, and the adventures that ensued upon realizing there was no point in applying for a 9-5 tax job again, I had enough to fill a book and felt the need to tell others about my enlightenment through main character Gord Brody's id-on-legs approach to life.

But I didn't want to stop at just the book. The world seemed to open up around me that summer in ways I never imagined once I realized there was no point in going back to the tax field. I didn't get back just my will to live, I found a whole new lust for life. I reclaimed my artistic freedom, my sexuality, and most of all, my dignity. My world became a better place because I was a lot happier. Subsequently, I became a lightning rod for inspiration.

Once I'd stripped away the conventions of "I have to do X" because of what I went to school for and all those years were gone, or what my company is in business for, and just let life take its course, I became inspired for both creative and entrepreneurial projects.

Something as simple as watching a guy get clam chowder all over his neckbeard on the bus led me to develop my studio's first mobile game that makes a statement on the sorry state of America's crumbling infrastructure. A few observations in a coffee shop and I suddenly have a 50-page document on human behavior that I can use to breathe life into my game and novel characters. I'd see a group of appealing colors in a window arrangement or a passerby's outfit and immediately start conjuring up VGA palettes for the games I wanted to bring to life.

I'd become more receptive to inspiration. I wasn't merely functioning like I did in the tax days, but thriving.

For creative people who are frustrated with things like writer's block and feeling uninspired, the root cause can be deeper than just not feeling inspired by the things you're seeing or doing. It's likely not what, but how, you're framing things. It's becoming RECEPTIVE to that inspiration. And when everything in your life is causing you so much mental and/or financial distress that it's hard to function, you're not receptive to inspiration at all. When everyone else around you is trying to jam you into boxes-- the job application boxes, the "But IT'S SUCH A SHAME your fucking degrees and license!!11!1" boxes, the five-year plan with a spouse and 2.5 kids box, and in my case the "Well you just do business stuff in the games industry" box-- it's also insanely hard to be properly inspired.

Once I was able to let go of the expectations that were upon me and take a hard look at what my options were, and chose the path where I'd get more out of life, my ability to create had come back after being dormant for so many years. Playcrafting grew and I was a part of its surge that summer, surrounded by other game developers who experienced the same frustrations. I finally felt appreciated for the knowledge I could pass on as a result of my suffering, providing something that indie developers direly needed and normally couldn't find. In turn, they helped me grow as an artist and inspired me in other ways. 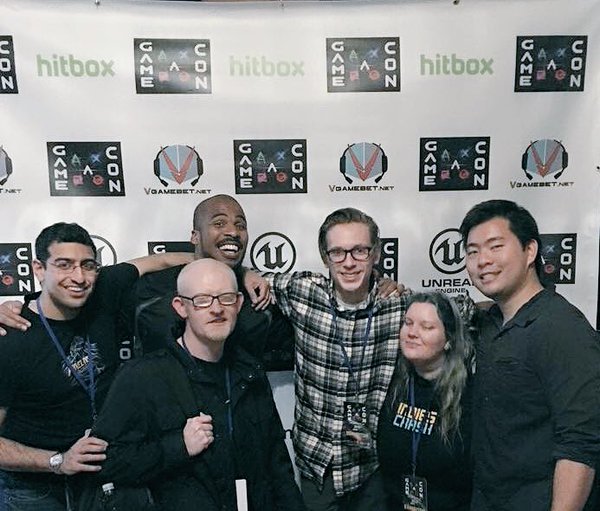 Hanging out with Pixel Noir devs, Tony Powell of Philosoplay, Chris Cheng who runs A Video Game Con in Parsippany, NJ, and a few other fine peeps I met at Gameacon 2015 in Atlantic City (where I did a panel with Tim Train all about the business of games.) Who you hang around also affects how inspired you'll be-- or capable of being!

And to think, I got my start there all because the day I officially left the financial industry, I was pretty sloshed and chewing the Boston chapter manager's ear off about Freddy Got Fingered. Suddenly I have the best-selling class boasting 55 attendees, a panel spot at Indiecade East, a second business, a game design doc for my studio's first mobile game, and much more.

Other game devs and entrepreneurs help make the ideas come out of me the way the box in Lemmings opens up with the release rate of 99: virtually unstoppable.

If you're feeling stuck, it might not be things in your world that aren't inspiring. Is your environment not making you receptive to inspiration?