My hair is blue most of the time, as you can see in most of my social media and About page. Sometimes it’s green or teal depending on how it fades, maybe purple once in a while if I get bored of blue. It’s not just because I think it’s a pretty color and cold tones fit my complexion better: it’s because toads can see blue and green, but not other colors.

Human eyes contain rods and cones where the former allows us to see black and white, the latter in color. If you’re colorblind, it may not mean you see in black and white like living in an old movie but rather that there’s deficiencies in how you see different colors. Red-green colorblindness could give you heightened senses of blues and yellows but red and green are hard to see.

In animals, it’s a similar concept though its long been thought that dogs can only see in black and white, but they can actually see yellows and blues. Most amphibians have green rods that enable blue wavelengths in their field of vision. Toads in particular have very sensitive eyes that do more than just see, they add to their sense of hearing and being aware of their surroundings!

Yael being a domesticated toad and all, she’s very sweet and cuddly. But I’ve noticed that she’s more likely to hop right up to me even if I don’t have bugs on me when my hair and/or nails are blue. She can tell me apart from other humans! Even though given my social circles I am hardly the only blue-haired human she comes across, still, that’s a scientific reason why I have blue hair. It’s not just to look pretty: it’s so my toad can see me!

is the color in the super bright parts shown here: 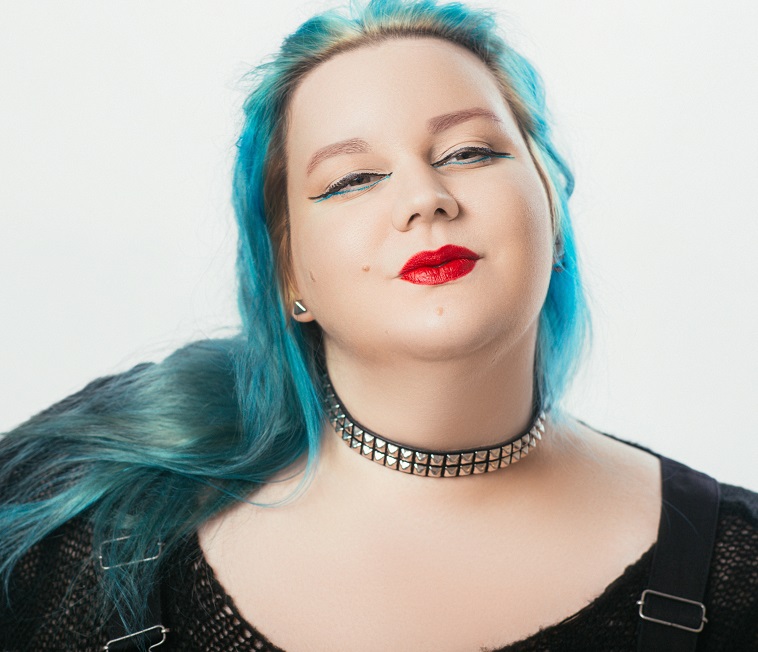 which covered up the eventual fade that happened. It’s more of a medium blue than an electric blue but turns electric after a couple washes.

Yael seems to like the electric blue more than the medium blues, but the latter is so much easier to maintain!

30 replies on “Toad Tuesdays: A Scientific Reason I Have Blue Hair”

dosage of dapoxetine for men

how much does ivermectin cost without insurance

how quickly does ivermectin work

stromectol pills for sale from mexico

can i buy viagra over the counter uk