Of the many differences between having a toad versus having a more traditional pet like a dog or a cat, one that stands out is that you need to wash your hands both before AND after you handle a toad. Or any other amphibian for that matter. Whereas with a furry pet, you only need to worry about washing up after.

Toads on the other hand absorb just about everything through their skin. The normal oils on your hands and bacteria that may be totally normal in day-to-day life for the typical human can be pretty adverse for a toad. Ergo, you need to wash up both before and after you handle one. 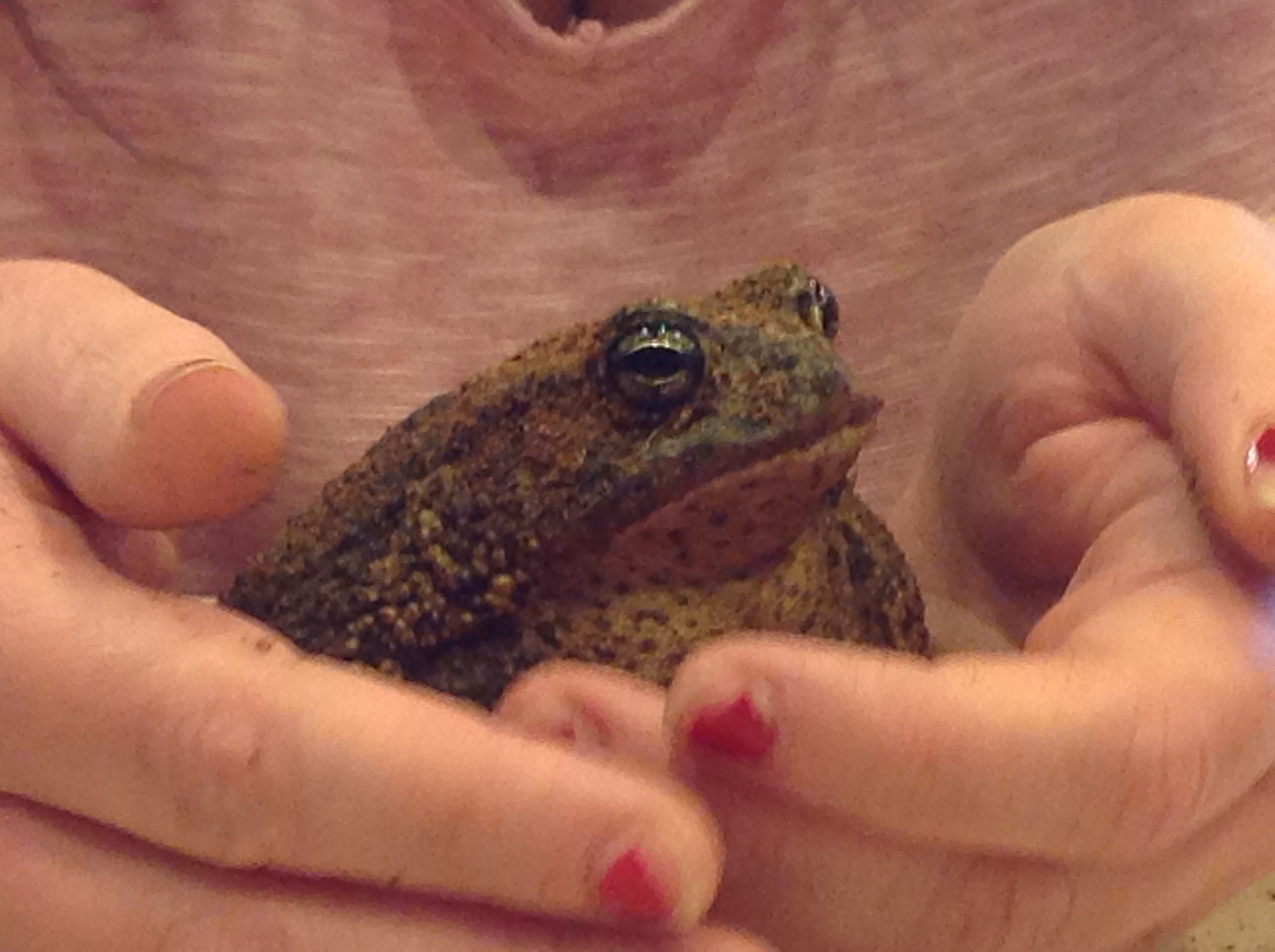 Miss Yael enjoying being a little lap toad for a bit. (After I washed my hands, of course.)

Because of that absorption effect, that is why toads soak in water when they want to "drink" and you'll never see one drinking in the wild or from a water dish. In the event your toad needs medicine, they also take medicated baths. Right after I adopted her, poor Yael tested positive for a parasite and I had to give her an ivermectin bath twice a week for a few weeks. She's parasite-free now!

With that said, use bottled water for toad habitats. Water from the tap may be safe for you to drink, but the filtration processes along with hard water and pipe systems that could be super old can wind up being extremely harmful to domesticated amphibians. Yael bathes in Deer Park or Poland Spring most of the time, Evian or Iceland Spring if she's going to the kennel!

See how I'm holding her above? That's the proper way to hold a toad, especially a big one like her. Gently cup your hands under the toad so they can get used to you and sort of step on and sit in your palm first. NEVER grab a toad by the legs or the midsection as this really hurts them!

Another reason why scooping up a toad from underneath is better for them is because putting your hand above them makes them see the shadow from it and they'll think you're a predator.

If you're going to pet a toad, be very gentle with just two or three fingers. If the toad ducks or flinches, stop. You can't pet them the way a dog or cat will want to sit there for hours and be petted, but once the toad has earned your trust you'll find that they're more open to being petted though this takes a long time. Yael went from cowering every time I came by her tank to hopping right up to me even when it's not feeding time!