One day, I had a bunch of bananas sitting out on the counter. I love bananas because they're versatile, cheap, portable, and if they fall on the floor I can still eat them because they have a tough natural wrapper. Well, I really just wanted to eat this one banana and save the rest for smoothies and the next couple days. But that couldn't happen because this did: 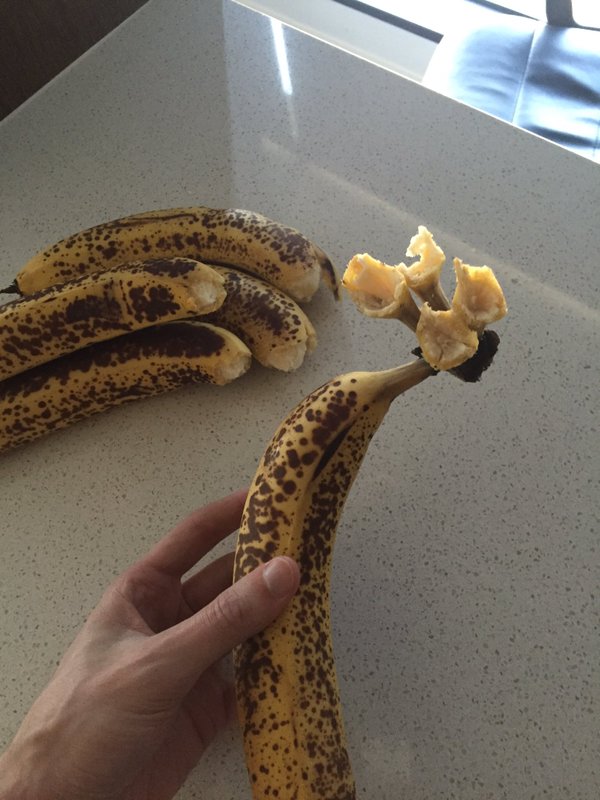 Not my picture, but I found on Twitter one day with a caption that read "This is not what I wanted!"

I yanked that banana off its stalk and it wound up pulling the tops off the others. I only had three bananas left and dammit, I really wanted to eat that one in my hand! What was I was going to do with these topless bananas that I wasn't ready to eat yet but didn't want to throw out before they quickly went bad?

Sure, you can freeze bananas for future smoothies but I always find that the texture is off because the banana's natural humectants are now icicles. Raw banana just blends better with ice, and I definitely didn't want to eat all those bananas sitting there before fruit flies started to descend. Then suddenly it hit me: banana bread!

I wasn't that excited about the prospect at first since I had a go-to banana bread recipe from ExtraVeganZa that usually developed this impenetrable outside shell because it seemed to take forever to bake. I liked the other stuff in ExtraVeganZa, but this banana bread just wasn't cutting it. So I figured it was time for a new banana bread or banana muffin recipe that didn't have eggs because I virtually never keep eggs around. So I wound up finding an entire site dedicated to egg-free baking, and this particular banana bread/muffin recipe, which is now my go-to one! Whaddaya know, the muffins required exactly three bananas.

Holy crap, THEY WERE AMAZING. I normally never say this about virtually anything that comes out of my kitchen, but these banana muffins turned out better than things I've bought at bakeries. I threw in walnuts and chocolate chips, and the oats really make them fluff up nicely. It's also real easy to make healthier with things like whole wheat flour and coconut sugar. 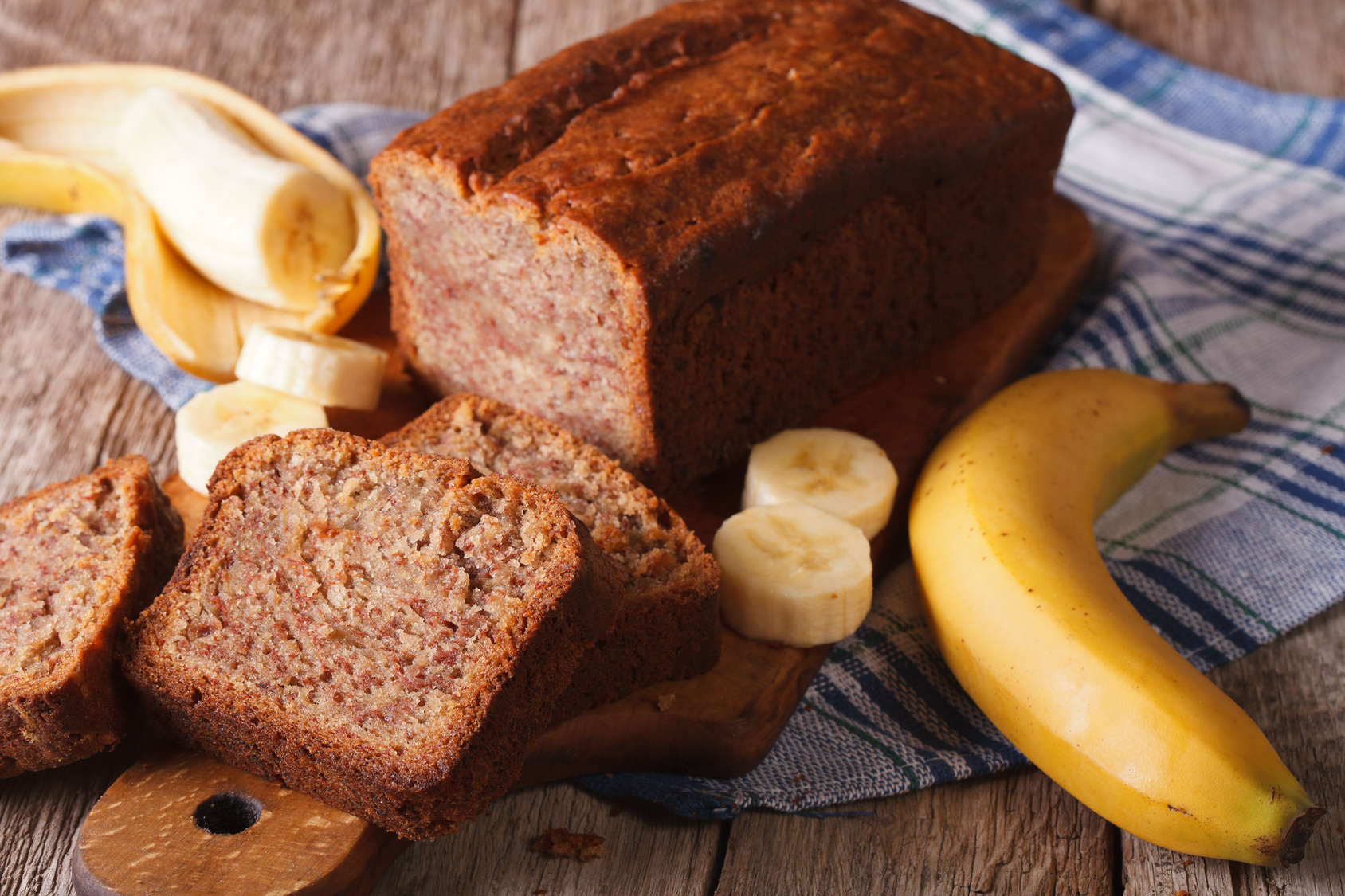 I didn't stop to take pictures of said banana muffins because I definitely don't take Pinterest-worthy pictures, but this stock photo does the job even better.

But this post isn't so much about the art of baking vegan banana breads and muffins, as it is about the circumstances that led me to make these amazeballs banana muffins.

How many things in life wind up being different than we expected them to be? That what we got something different than we intended to get? I just wanted to eat this banana and was frustrated that all the tops tore off, but wound up making these banana muffins that exceeded bakery quality so it was actually a good thing.

So, the Banana Bread Effect goes something like this:

Himalaya put up a decent chunk of change to port Al Emmo and the Lost Dutchman's Mine to iOS because a lot of our fans really wanted to play the game on iPads and iPhones. We figured it would be worth the investment: cue the remorseful sighs when our royalty reports arrived.

So, we wanted decent royalty reports (a whole banana) but because premium games that aren't Minecraft are essentially dead on the App Store, we make a little money each month but not what we hoped (we got a ripped off banana stalk instead.)

Rather than toss those bananas about to turn brown from exposure (deciding to never use our Apple account again), I looked at what a lot of my compatriots at Playcrafting were doing and the huge amount of mobile games I always saw at demo nights and the expos. While I had my apprehensions from both a design and business point of view towards going into mobile games, it dawned on me: why not make a game specially meant for mobile devices?

Clam Chowder Hub Run was born and is in the works! We've still got Al Emmo's iOS port up there making us a few bucks too, but that's how we learned that PC is king for adventures and that we'd be better off investing in a new game than porting an existing game to iOS unless we could seriously validate a huge demand for it.

But frankly, there's lots of approaches one could take with the banana bread effect where the resulting banana bread winds up being more epic than what you originally wanted. Either way, don't toss your topless bananas literally or metaphorically!